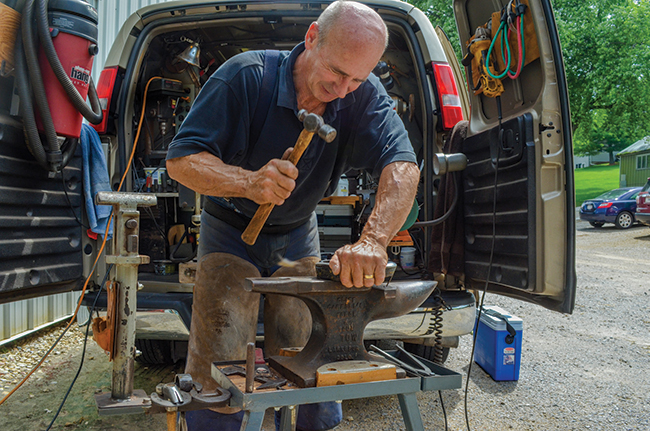 It’s not often you hear about farriers being treated as celebrities, but one who received at least a degree of “star treatment” is part of what got Bob Lanners interested in a shoeing career 41 years ago.

Lanners grew up on a Saddlebred farm. His father was a trainer, so he was exposed to these horses early. He was also exposed to a farrier named Warren Fontaine — sort of.

“We had our regular shoer, but once or twice a year, Warren Fontaine would be scheduled to do some of our horses,” Lanners recalls. “Fontaine was a legend in the Saddlebred industry. And when he was scheduled to do our horses, Dad would roll out the red carpet.”

In the days leading up to Fontaine’s scheduled arrival, Lanners and his brother were given the job of making sure the barn was particularly clean, the stalls were mucked out and the horses were groomed and looking their best.

“And my dad told us we couldn’t be in the barn while Fontaine was working. He didn’t want us to bother him,” recalls Lanners. “But I think it was seeing how important my dad felt Warren’s work was that first got me interested in shoeing.” 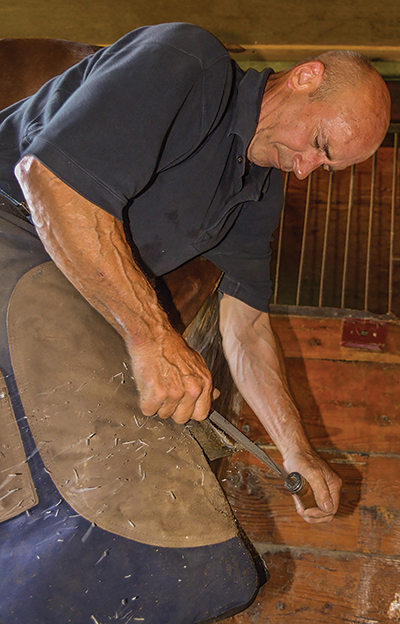 Bob Lanners of Carol Stream, Ill., has been shoeing horses for more than 40 years. For most of that, he’s specialized in Saddlebreds and Hackney ponies for the show ring.

8:30 a.m. There’s no red carpet in sight as Lanners arrives at Rick Wallen Stables, just outside of…

Going for the Gold Every Day