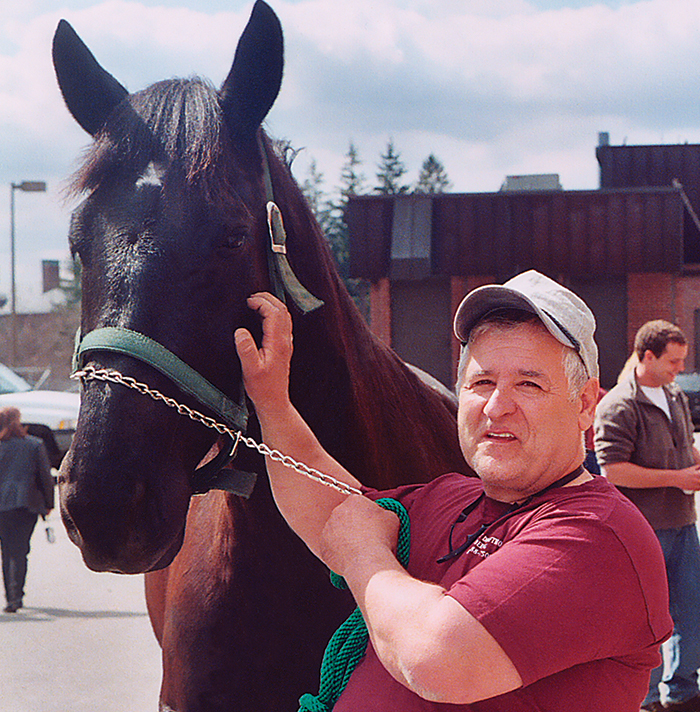 There are a lot of farriers out there who have at least one thing in common — they don’t do drafts.

And for Bruce Matthews that fact represents an opportunity.

The farrier from Hyde Park, Vt., refocused his shoeing business a couple of years ago, providing shoeing services to what he sees as an underserved market — draft horses.

“I like draft horses,” Matthews says. “I enjoy working with them and getting to know their owners. It’s not just a job. It’s a passion.”

Matthews graduated from the Eastern States Farrier School in New York back in 1970. For the next 10 years, he moved around the country, working in Idaho, Florida, California and North Carolina. Much of his work then was on Quarter Horses and Thoroughbreds farms, but he says he always felt elated when he got a chance to work on a draft horse.

Matthews moved to Vermont in 1980, settling in the Burlington area. He found it hard to make a living as a shoer in the area at that time, so he shut down his shoeing business and spent the next 20 years driving a tractor-trailer over the road. But he never lost his love of horseshoeing and a couple of years ago, decided he’d been away from it too long — and he and his wife thought there might be a way for him to get back into it by focusing on the horses he had a passion for. A family health situation…

Tips for Working with Draft Horses