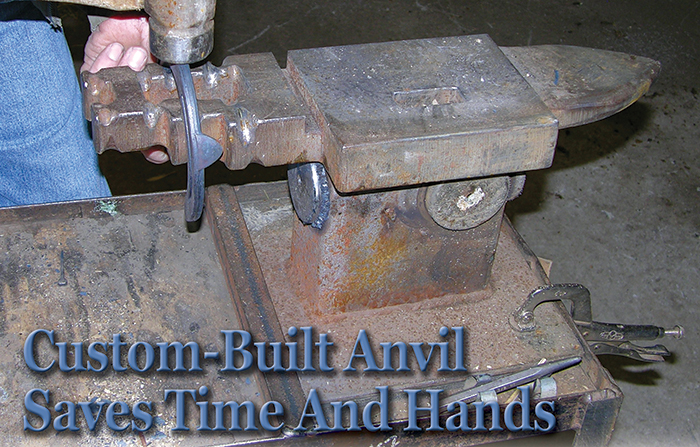 By Ron Perszewski posted on April 1, 2006 | Posted in Equipment

Lightweight, three-piece anvil makes shoe-shaping a snap while reducing wear and tear on a farrier

One of the simple pleasures in a farrier’s life is finding a tool that makes the work easier. Mike Ehlert’s unusual-looking anvil fits that description.

“I can shape a shoe so easily on that anvil, it’s just incredible,” says Ehlert, a farrier in Hartford, Wis.

“It’s also very hand-friendly,” he says, because the way the shoe rests against the anvil as he’s shaping it means he can steady the shoe with just his fingers. This positioning largely eliminates the vibrations going into his hand because the shoe doesn’t rest heavily against his palm as he hammers the metal. “You don’t have to hit the shoe a lot of times, either,” he adds.

Not bad for an anvil he first tried by accident — literally. While recuperating from a fall that broke his leg several years ago, Ehlert eased his way back into farriery. Before he could get back under horse, he started shaping shoes while working with his now part-time partner, Rick Warren of Brookfield, Wis., who owned one of the unusual anvils.

Ehlert had already had seen a similar anvil while shoeing with Hall of Fame farrier Red Renchin of nearby Mequon, Wis. After trying Warren’s version of the anvil, patterned largely on Renchin’s, Ehlert asked a friend at a metalworking shop to build one for him. 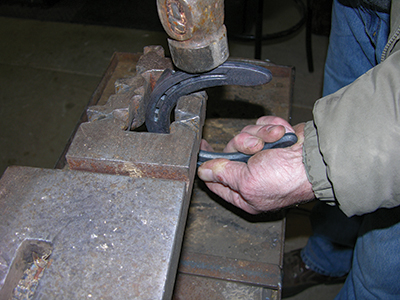 NARROWING THE HEELS. With the shoe pushed up through the bottom of the slot, the heels can be narrowed with minimal hammer strikes. 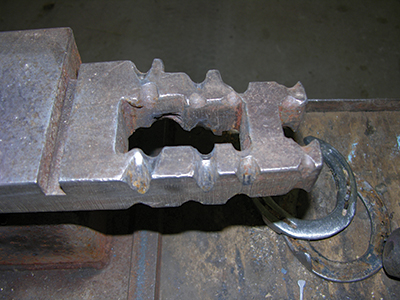 TLC For Your Anvil

How Your Environment and Equipment Affect Your Health Down the Road