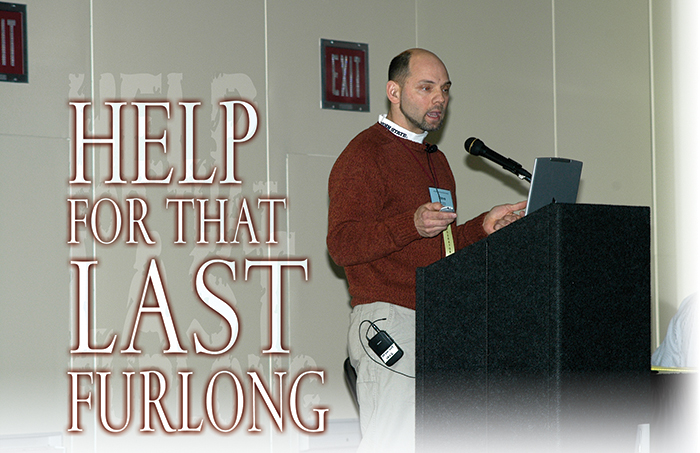 Help For That Last Furlong

Steve Stanley, who shoes Standardbred racehorses at the Red Mile in Lexington, Ky., likes to say that “little changes go a long way” at the racetrack.

“Anyone who knows racehorses knows that sore feet will stop them in the last furlong of a race,” he told attendees during a presentation at the International Hoof-Care Summit in Cincinnati, Ohio, earlier this year. “They start short-stepping, interfering. They can’t reach their level of maximum performance, and that keeps them from beating horses they normally could. It’s the last part of the race where sore feet show up the most. And if you can help them, that’s where the improvement will show up as well.”

Stanley described a particular case history that illustrates his point. It involved a filly with a weak heel — one of the more common problems he sees at the track.

“She had weak heels, with not enough support in the back,” says the shoer from Versailles, Ky. “If you looked at where the shoe stopped, the rest of the foot and the hairline were sinking right off that ledge of support.”

Stanley defines an underrun heel as one on which the heel angle is 5 degrees or more lower than the toe angle. In this case, the weak heel had resulted in a corn in the medial heel.

“The heel of the hoof on the lateral side is being pushed in and forward at the same time and the sidewall is flaring out,” he…