It’s fly season and rather than taking an equine fly swatter to the face while you’re shoeing, I have a quick and solution just by converting footed baby pajamas into a horse tail tie.

Step 1. Insert your arm into one pajama leg (Figure 1) while grasping the tail at the base (Figure 2).

Step 2. Flip the top of the pants up over the foot of the pajama pants encapsulating the entire tail by turning the pants inside out.

Step 3. Wrap the opposite leg around the waistline of the pajama pants, then secure with a half hitch or two (Figures 3, 4 and 5).

Old socks also work well, but all of mine have too many holes in them.

Derek McKay is a farrier from Jackson, Wyo. 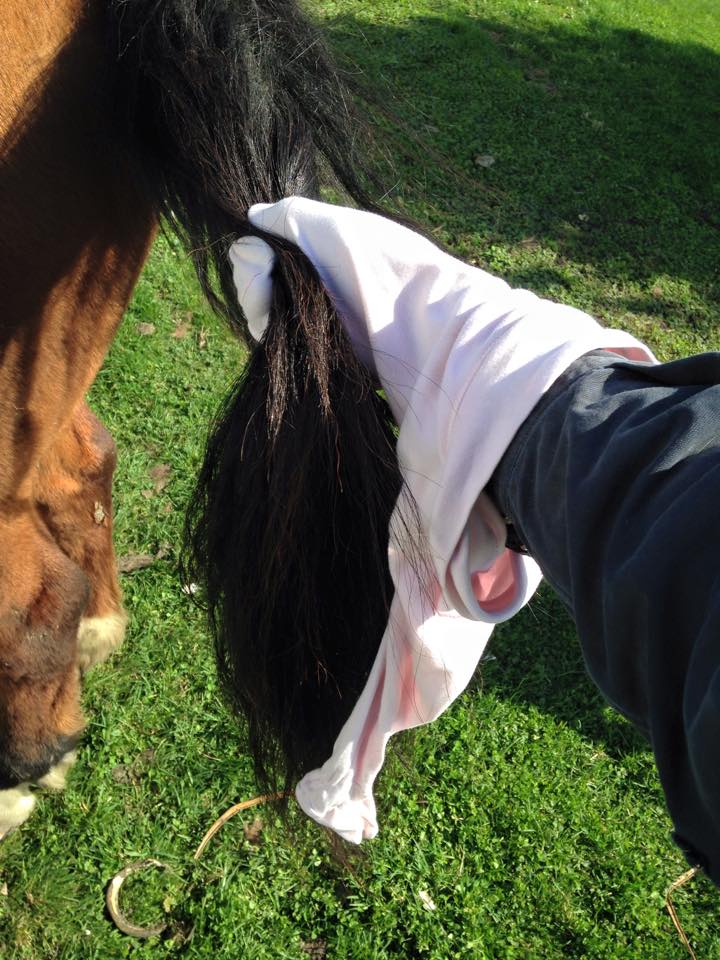 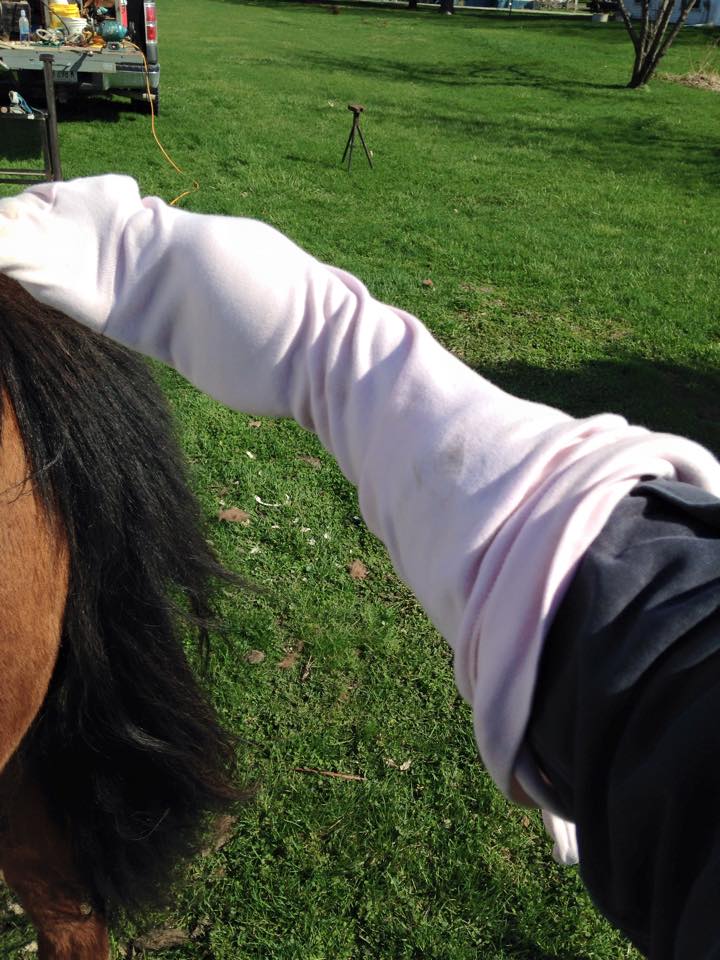 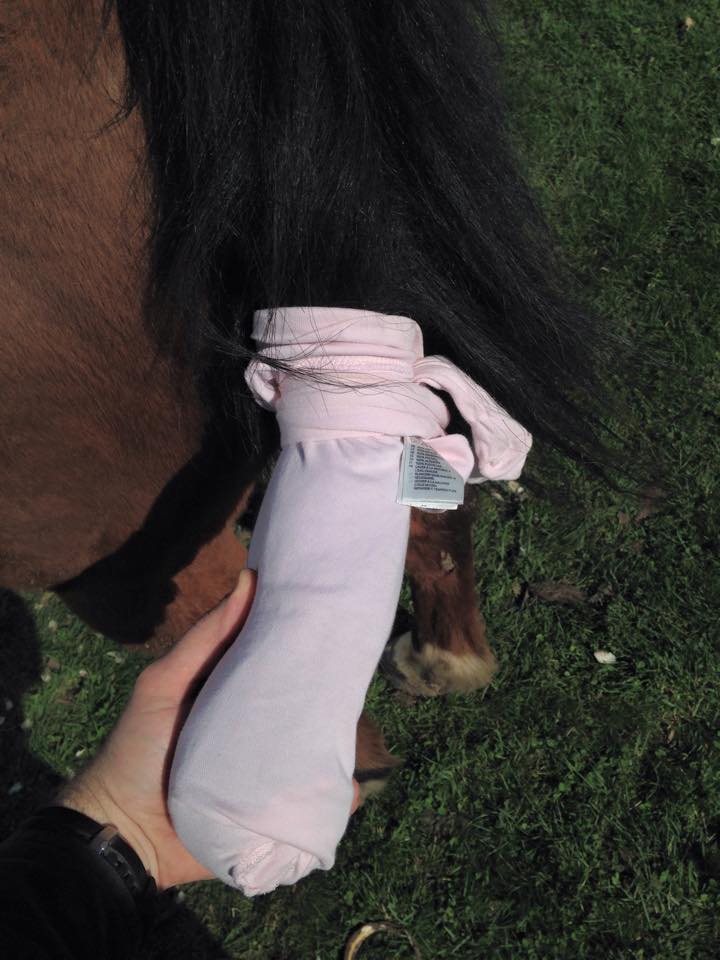 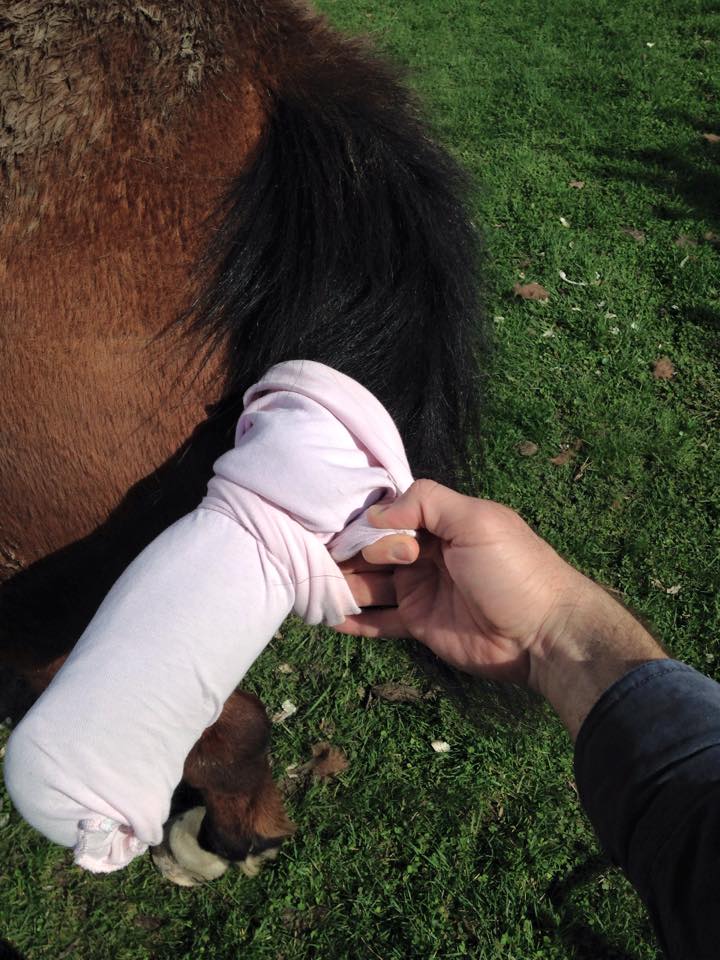 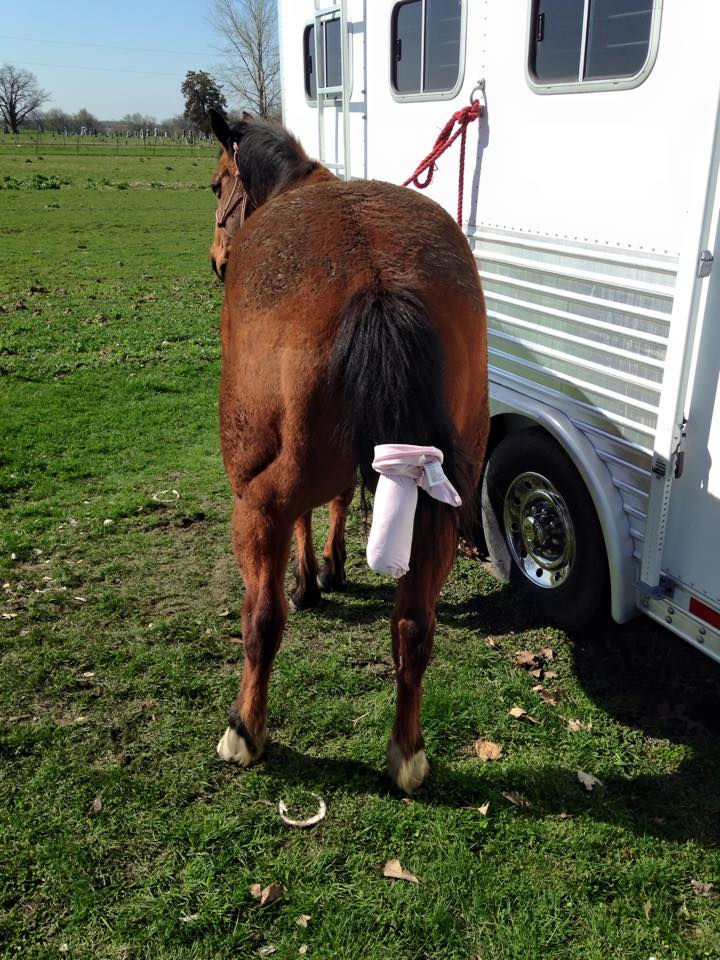 What’s The Process For Converting A Cadaver Horse Into A Full Specimen?

How To Ensure A Horse Can Tolerate Positive Frog Pressure