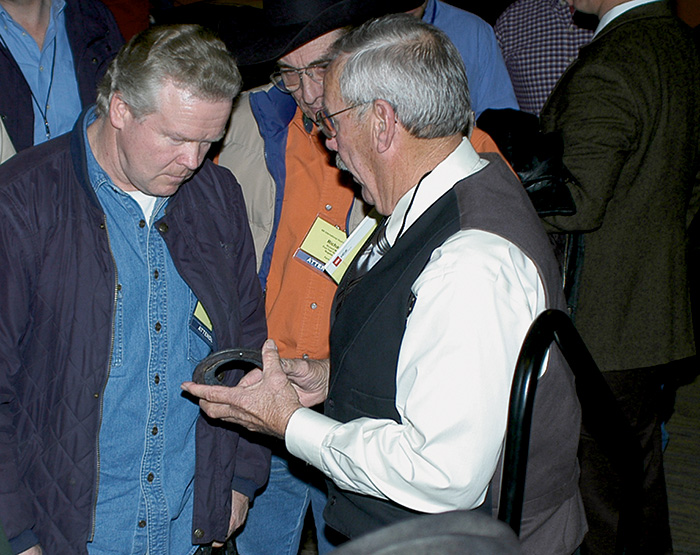 Apache was presented to the veterinary clinic where I was the resident farrier in 2003. The horse, who stands nearly 16-hands high, had a right front lameness. He also has high-low syndrome, meaning that one foot has a long toe and a low heel and the other foot has a short toe and a high heel.

When grazing or eating off the ground, Apache puts his right front forward and his left front foot rearward. Over a lifetime, he has developed asymmetrical feet. The cause is uneven pressure on the heels of the forward foot. The heels become crushed and underrun. At the same time the toe migrates forward, thinning the sole and creating a longer breakover for the toe.

The foot that goes rearward will be resting or pressing on the toe and the effect is exactly the opposite of the other. The growth is retarded in the toe and the heel grows longer and becomes contracted, the frog becomes atrophied and the sole becomes flat. 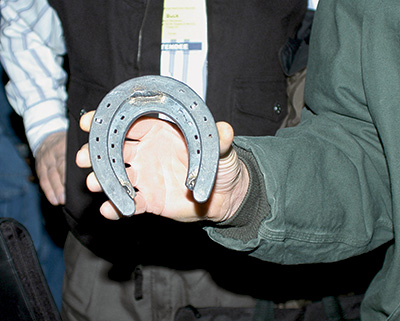