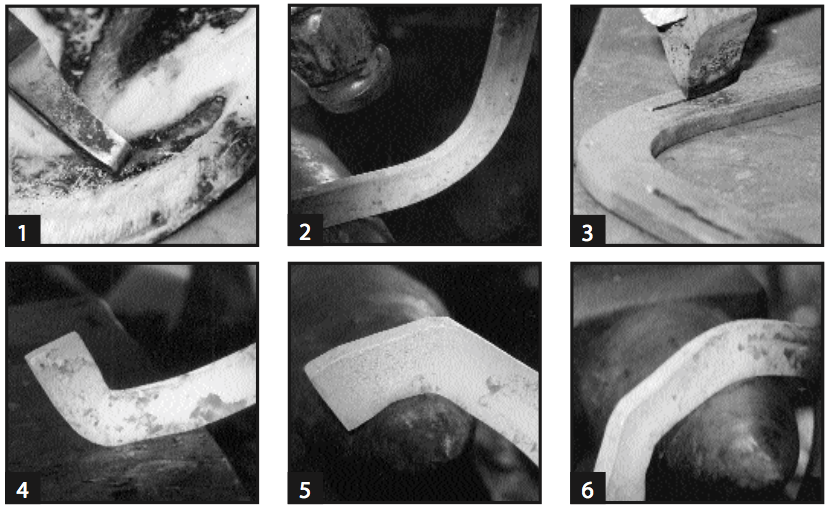 ANYTIME THE SENSITIVE structures on the bottom of the horse’s foot are exposed, it is a good idea to protect them. There are various ways to protect the foot, including bandages and pads, however almost every farrier will encounter a time when the hospital plate is the ideal method.

Traditionally the hospital plate is attached with four bolts. This is a very secure way to attach the plate, but many horse owners do not have the stamina or skill needed to hold the foot up and remove four bolts to clean the hoof, apply medication or some other treatment, then reattach the plate. The easier you can make this job for your customer, the more likely he or she will do it. That’s success not just for the horse, but for you as well.

This hospital plate is not a new idea. Several years ago, I attended a Dave Farley clinic in Arkansas. He had a collection of shoes with him, and this hospital plate was among them. Since then, I have used it on countless horses.

The horse featured here was suffering chronic infection from founder. You can see that it is in the later stages (Figure 1), but that there had been the appearance of a slice in the sole. The founder was a result of the horse having to bear weight on this foot while the opposite foot was healing from severe damage incurred from kicking a stall. 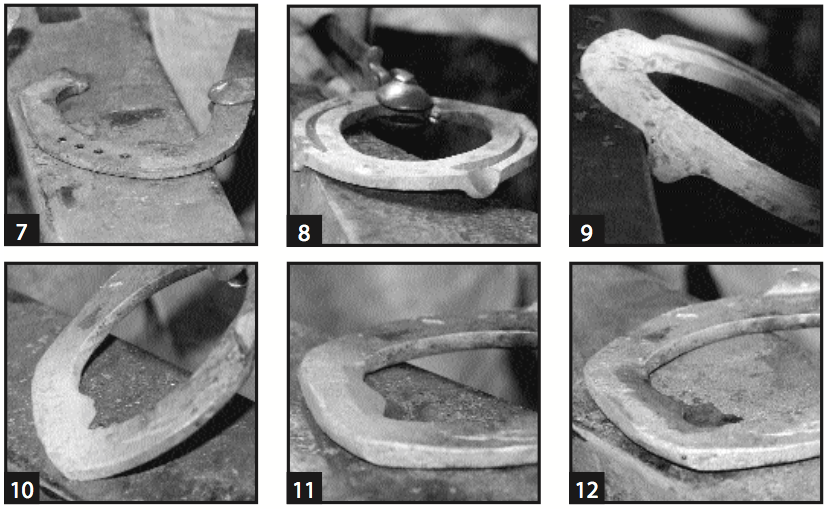 Hospital Plates Effective For Management Of Laminitis, Other Hoof Problems