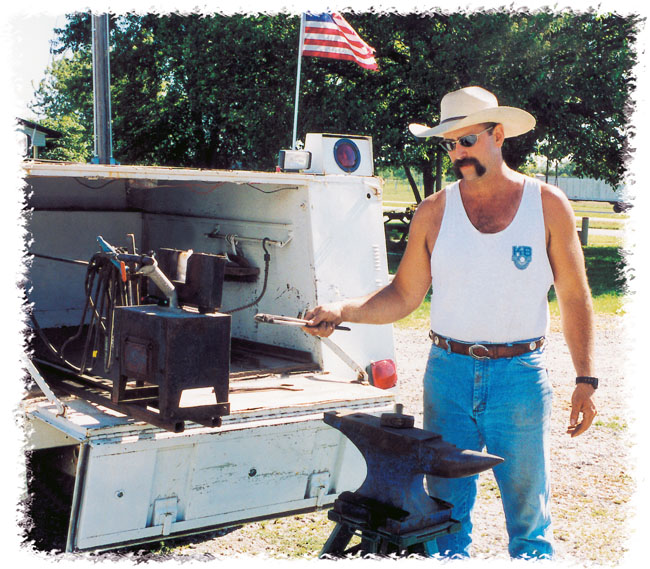 Licensing Farriers Is No Panacea

By Chris Gregory posted on November 1, 2003 | Posted in Education

NOT A LICENSING FAN. Lamar, Mo., farrier Chris Gregory doesn’t think that mandatory licensing or certification of farriers would provide all of the benefits some people expect. Gregory, who is a American Farrier’s Association Certified Journeyman Farrier as well as a Fellow of the Worshipful Company of Farriers of Great Britain, thinks mandatory certification or licensing would actually lead to a lowering of standards.

Everyone has an opinion — farriers more so than most.

Get 11 horseshoers together and there will be 12 opinions and suggestions as to what is the best way to shoe a horse. All those opinions are correct — so long as the horse stays sound, the shoes stay on and the customer calls again. But if an opinion results in harm to the horse, it’s incorrect. The same is true of any idea that results in damage to the horseshoeing industry.

Take the idea of licensing farriers. It’s not a new concept. I’ve been hearing about it for years. On its face, it seems like a great idea with a lot of promise. It would raise the standard and the level of farrier education. It would give individual farriers the recognition and status they deserve. It would fill all those Mason jars we’ve got buried in the garden to overflowing with cash. It sounds like the land of milk and honey (not to mention money).

In fact and practice however, licensing may create a completely different world from the one promised by the…

Plenty Of Arguments For And Against Licensing