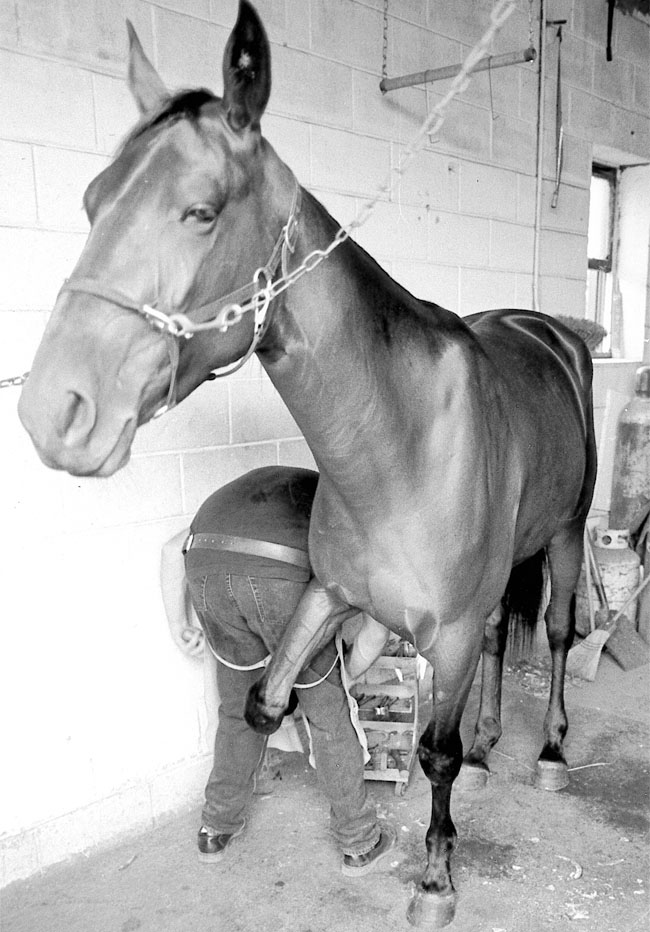 COMMON HARNESS HORSESHOEING SENSE COUNTS. In more than 50 years of training harness horses, veteran trainer Howard Beissinger learned that there is no miracle formula when it comes to shoeing horses for the track.

Over the years, he’s learned a great deal about shoeing from many farriers. As a result, he’s developed plenty of highly practical ideas on shoeing horses for the harness track.

Q: Would you recommend shoeing a young pacer that’s just starting to be broken?

A: If the yearling is carrying enough foot, I wouldn’t be in a hurry to nail on shoes. If the foot is worn down for some reason, you’ll have to put some kind of shoes on, such as a lightweight shoe that offers some sort of protection.

There’s a lot of emphasis on what shoes a horse wears, but the way the foot is trimmed is more important than the shoe he wears. You must keep a natural angle on the horse’s front feet. For some horses, 54 degrees will be a natural angle, while others will have a natural angle of 47 degrees.

It’s important that a yearling put his foot down flat when it lands, so you can tell how a horse is traveling by the wear on the shoes. If the outside of the shoe is wearing thin, lower it…

Strategies for Shoeing with Concave Stock