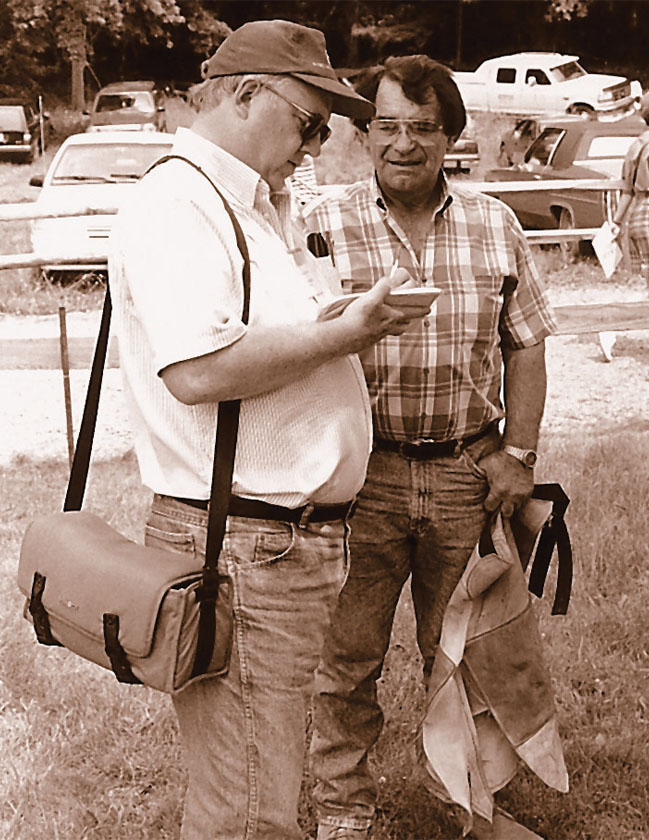 Seamus Brady is shown being interviewed by AFJ Editor/Publisher Frank Lessiter at the 1992 U.S. Olympic Trials in Gladstone, N.J.

Seamus Brady, the official farrier for the U.S. Equestrian Team for many years, passed away on July 27 at the age of 77. A member of the International Horseshoeing Hall Of Fame, Brady immigrated to the United States more than 50 years ago and became one of the most respected farriers in the world.

Brady was born in Louth, Ireland, trained at the Irish Army Equitation School in Dublin and began working with the Irish Equestrian Team at the age of 10. He immigrated to America and worked for U.S.
Equestrian Team (USET) Director Arthur McCashin in New Jersey before being drafted into the U.S. Army, where he served as a chauffeur for a general.

After Army service, Brady returned to shoeing horses along the East Coast. He soon made a name for himself by working with some of the largest show barns in the country, pioneering new shoeing techniques, teaching a number of up-and-coming farriers and by being a consummate horseman.

Besides his work with many leading show barns, Brady was the USET farrier in all three disciplines for many years. He is widely believed to have shod more world champion hunters and jumpers than any other farrier. Many outstanding farriers from all over the world have expressed great pride in describing the charming Irishman as both a mentor and friend.

Brady served 34 years as the…

For the Want of a Nail, the Shoe Was Lost

Sharing Ideas was the Most Important Change Farriers Made