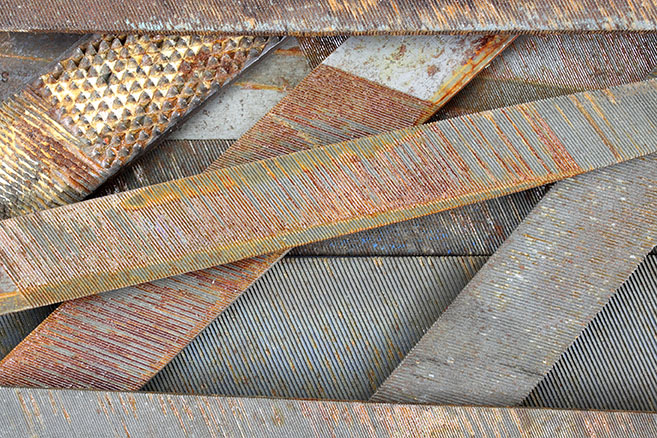 Tools wear out. It’s a fact of life. Rather than tossing them into the scrap heap, save yourself some money and repurpose the tool into something you can use.

In the April 2015 issue of American Farriers Journal, Hall Of Fame Farrier Bob Smith offered several ways you can re-use worn out tools. Here are two more ideas for you to consider.

When you find that your clinch cutters just aren’t, well, cutting it anymore, try repurposing them into a clinch gouge.

“You all have had horses, base narrow horses in particular, that step on themselves and cut your clinches,” says Smith, owner and head instructor at Pacific Coast Horseshoeing School. “You can make a gouge that you can pull a little bit of the hoof underneath the nail and lay your clinches down so they’re flush with foot.”

Smith uses an old clinch cutter and suggests orienting it for the hand that you’ll be using (Figure 1).

“This is going to go to a belt grinder and you’re going to use both sides of the belt (Figures 2a and 2b), so you can get an even gouge,” he says. “You’re going to grind down the middle of it until it looks like the one on the right (Figure 3), and then the back of it you put your edge on it. So, on the backside, you’re going to make a half-moon shape.

Modify Your Tools To Fit Your Needs

Farrier Tips: Take The Chill Out Of Your Tools

Proper Maintenance: Good For Your Tools And Your Career