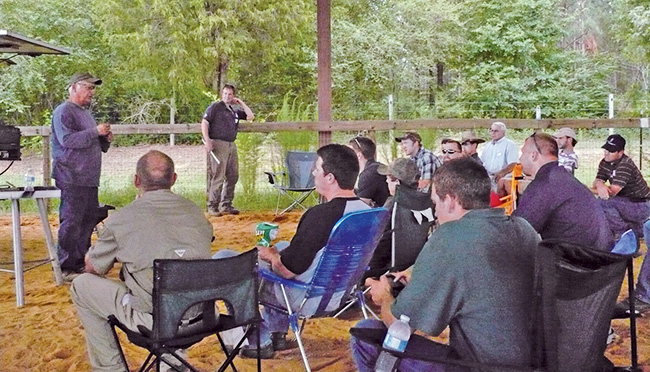 Southern Farriers Raise Money for Those Affected by Deadly Tornadoes

When several devastating tornadoes swept through the south last April, Jeff Crane, a Waxhaw, N.C., farrier wanted to do something to help.

“I saw a Facebook posting by Philip Box, the president of the Alabama Professional Farriers Association, detailing some of the losses in his community,” Crane says. Those losses included horses, homes, vehicles and some lives.

“I called Box and asked what the victims could use,” says Crane. Those affected needed money to help rebuild their lives.

Crane offered to put together a clinic with all the proceeds going to help any farrier needing assistance.

“I was planning on having a small clinic that would raise a few hundred bucks,” says Crane. “I asked Doug Workman (Cleveland, Ga., farrier) to be a clinician and he not only agreed, but took the initiative to put together the entire lineup of clinicians.”

Crane promoted the July 9 event though his Facebook page, continually updating readers whenever new clinicians were added to the event. He then hit up tool companies and other  for donations for an auction. Soon after, donated items started showing up at his house. Again, Crane used Facebook to promote the auction items as they came in.

“Dan Bradley was probably the hardest-working guy there,” says Crane. “He was on hand all day — re-working attendees’ nippers, sharpening tools…

The Time For Your Money Is Now