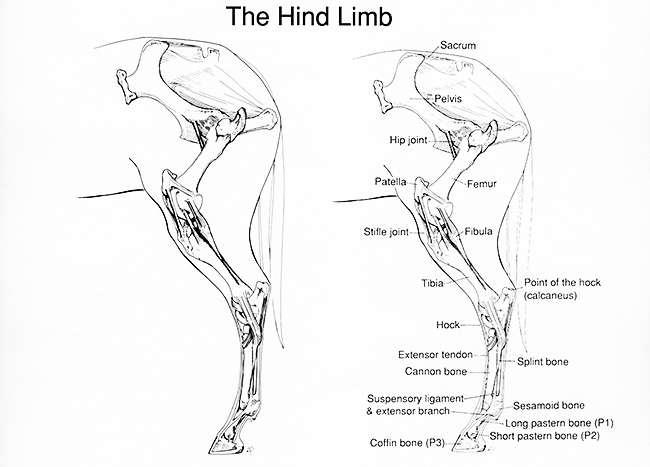 Hock and stifle injuries in the equine athlete can hamper the animal’s ability to perform. These issues don’t appear as frequently as those related to the front end, which can lead to unfamiliarity on how to treat the problems.

Three farriers we spoke with credit recognition of these issues early on and sound applications of hoof care as the proper means for battling hock and stifle injuries.

Clinton Corners, N.Y., farrier Taylor Keenan works with a variety of horses, but typically sees these injuries in jumpers.

“Especially with the hock,” he says. “That area takes a lot of abuse, especially when the animals are asked to do what humans are asking them to do.”

Keenan says he is lucky when it comes to hock and stifle problems. Typically clients who call him on these issues, describe the hind end of the horse as not being right and dragging a bit. They are usually aware of a lack of forward momentum.

“So I’ll look at the feet, and if I see that something’s kind of dubbed or is wearing off on the dorsal toe, that’s an indication that the hoof is dragging through the material — indoor, outdoor, or wherever they are riding,” says Keenan. “At that point, I’ll suggest that it probably is higher up in the limb, such as a stifle or a hock.”

He will monitor how the horse goes, and ultimately will rely on the veterinarian. Follow Hock and stifle injuries in the equine…

Diagnosing Issues With The Navicular Apparatus