House Calls Get Complicated When The Patient Is A Horse

Ric Redden always has about a half-dozen horseshoes with him. They’re not for good luck. Like most traveling surgeons, he carries scalpels, syringes and bandages. Unlike most, he also carries a blacksmith’s hammer. He’d carry a blowtorch if he could get it on the plane. 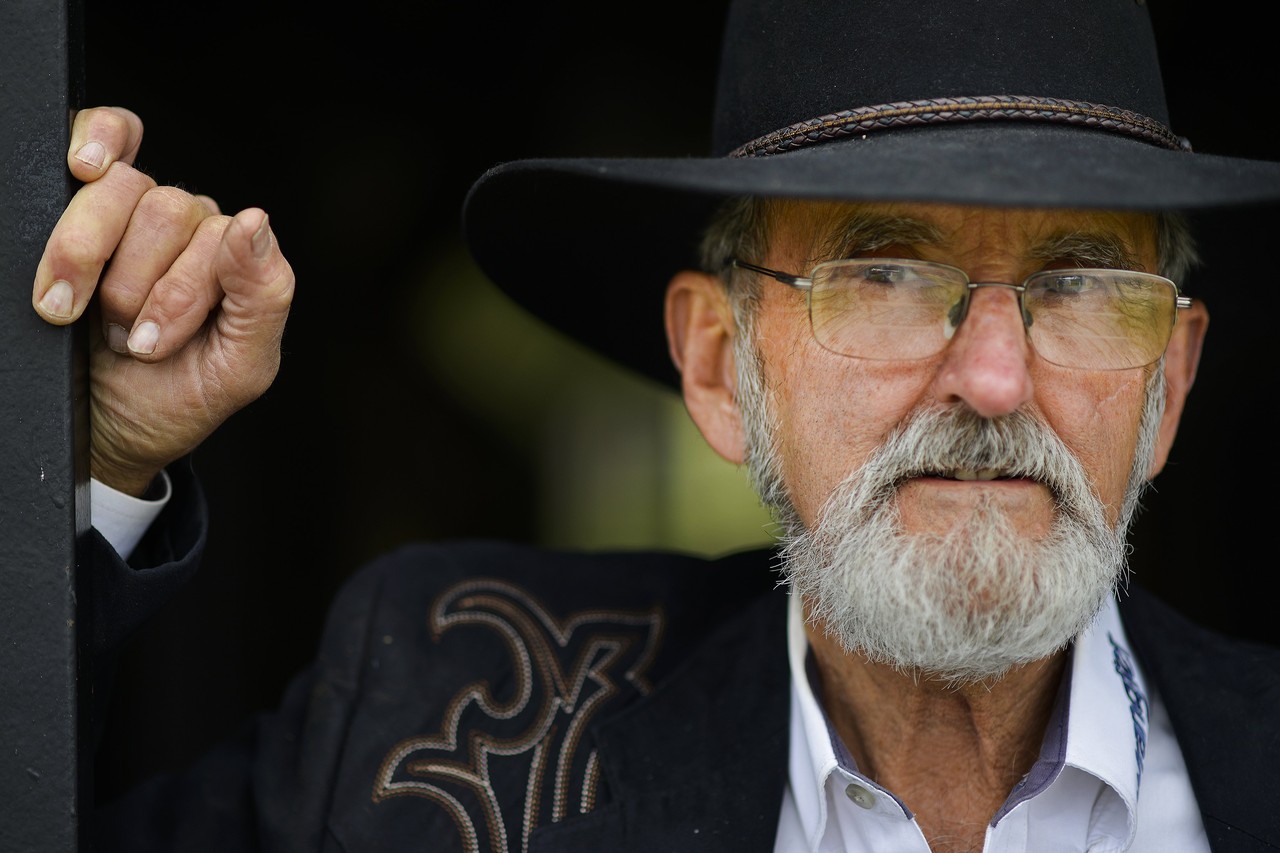 Redden is a farrier and veterinarian who does most of his work with thoroughbreds. He and his wife Nancy established the International Equine Podiatry Center in Versailles, Ky., in the 1980s, the first clinic of its kind. He has spent his career treating valuable racehorses, quarter horses, draft horses and show horses around the world. He does everything from custom horseshoes to hoof surgery. He helped pioneer prosthetic forelegs.

Before meeting a new patient, Redden studies X-rays and video clips of the animal’s gait, but he usually reserves judgment until he gets face to muzzle.

“You can never have a preset idea of what you want to do until you speak to the horse,” the 68-year-old says. “The horse will tell you what has to be done.”

That communication often comes when he’s got a hoof between his knees, tools in hand. “They will put their nose right behind your ear and push to say, ‘No, no, don’t do that,’ ” he says. “Some of them do it in a gentle fashion, some are not so gentle.”

Though he claims to be semiretired, Redden does anywhere from 150 to 200 consultations a year, logging about 300,000 airline miles annually. Last year’s schedule included visits to Australia, California, Florida, Switzerland and Texas.

His specialty is laminitis, a common inflammation of the inner hoof which, if left untreated, can cripple a horse. “If you’re calling me, it’s because you’ve got a major problem,” he says. “Most cases, I’m on a plane within hours of the call.”

He brings farrier knives, used to trim the hoof, and other tools, including a nipper, crease-puller and clincher. He uses a shaping hammer to manipulate aluminum horseshoes. A rasp is a big nail file. His shoeing apron is made of fringed, hand-tooled leather with his name stamped on the side. They all get checked in a big yellow trunk that weighs about 70 pounds.

Redden grew up in Kentucky’s Madison County working on farms and wanting to be a jockey. He raced horses as a teenager, finishing high school under 5 feet tall and 100 pounds. But those dreams were shattered in 1965, when he says he “grew like a bad weed” to his nearly 6-foot frame.

He became a farrier on the Kentucky racing circuit, then applied to veterinary school, paying his way as a blacksmith. He innovated new ways to diagnose and treat foundering horses, from rebuilding hoofs out of composite epoxy to making orthopedic shoes.

“There’s a bit of an ego rivalry between veterinarians and farriers,” Redden admits. “Some of the vets I was working with, instead of being enthusiastic, they’d have their feelings hurt because they were ready to kill the horse and I wanted to save it,” he says.

Like many young farriers, Redden used to dress according to the type of stable he was visiting. He’d don a tweed cap for thoroughbreds and a Stetson for quarter horses.

As his reputation grew, he settled into his personal uniform: cowboy boots, usually a worn pair of Justins, starched Wrangler jeans and Western shirts. He has a thing for cowboy hats — black felt in winter, white or straw in summer. His favorite hats are by Akubra, an Australian brand. He forges his own belt buckles out of horseshoes.

Redden says he dresses in layers so that when he’s finished working on sweaty horses for the day, he can peel off his outer layer of clothing “and the people on the plane don’t mind sitting next to me.”

When traveling, he carries a sketch pad and two books to read, usually Western-themed American history. His Samsung Galaxy Note 4 is usually attached to his hip or his ear.

He says he can get by on four hours of sleep, but he can’t go without his snacks. He stocks his favorite beef jerky, a local brand called Mingua, and swears by wasabi peas as a better stimulant than coffee. “They get the neurons to a higher peak,” he says. “I use them to keep sharp. A handful usually does the trick.”

The Foundation of the Horse Seeks Applicants for Research Funding