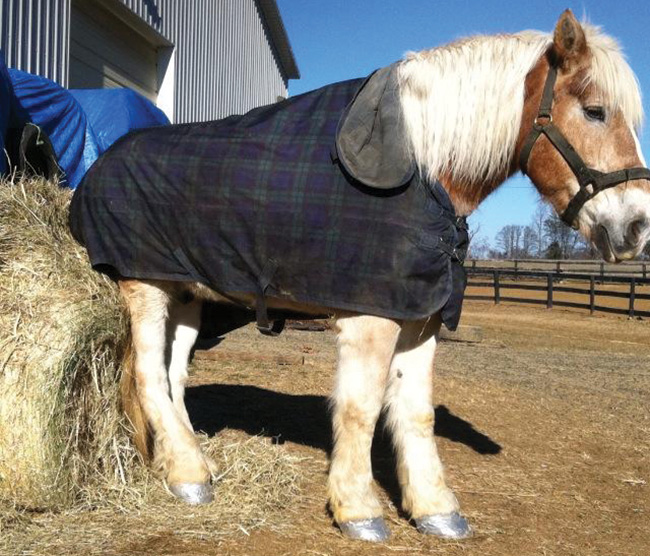 Figure 1. For relief, Bailey developed the habit of leaning or resting his hindquarters on any surface capable of bearing his weight, such as a round hay bale.

A 25-year-old Belgian named Bailey was lame, thin and often nipped at his painful feet until they bled when a new owner’s love for the horse brought him to David Giza at Genesis Farriers in Culpepper, Va.

Pain and immobility had resulted in extensive muscular atrophy of the horse’s hindquarters. Knotting and raw sores at the tail head provided evidence that atrophy and hoof pain resulted in Bailey rarely bearing full weight on his hind feet. For relief, he developed the habit of leaning or resting his hindquarters (Figure 1) on any surface capable of bearing his weight, including his new-found farrier.

Bailey had extensive damage to all four hooves, with the right hind being the worst. The issues included extensive flares, infected frogs, swollen heel bulbs, hoof deformities, extensive quarter cracks with protruding growths of proud flesh (Figure 2) and clusters of tentacles hanging from the soles as if he had stepped on an octopus (Figure 3). The crowns of tentacles protruding from the sole easily identified the advanced canker.

Less advanced canker cases share numerous symptoms that are common to a multitude of ailments, so diagnosis should be confirmed with a histopathology/biopsy report.

Canker, or equine proliferative pododermatitis, is a rare bacterial hoof disease that…

An Overview Of Equine Canker