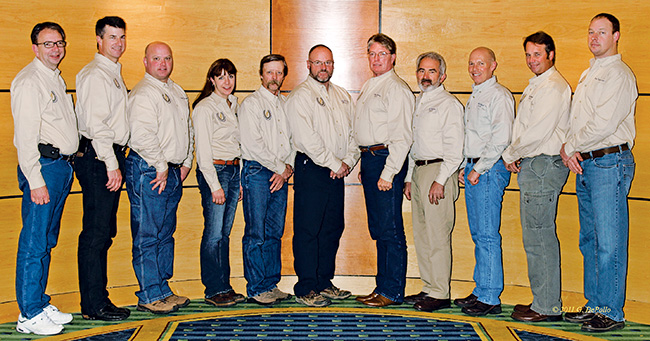 By Pat Tearney posted on January 1, 2012 | Posted in Education

There is a new entry in the roster of farrier organizations with the birth of the American Association of Professional Farriers (AAPF), whose founding members stress its commitment to education, communication and inclusivity.

The organization went public on Jan. 1, 2012, but the planning process has been going on since early 2011. Teaser videos featuring members of the AAPF Board of Directors began circulating over the web via social media during December.

Jeff Ridley of Leighton, Iowa, AAPF president, stressed in a telephone interview that the organization is not trying to take the place of any other organization.

“We have told officers with other organizations that we are absolutely not trying to take their place or compete with them,” he says. “Our goal is to go down some avenues that haven’t been traveled before. We want to make things better for all of us.”