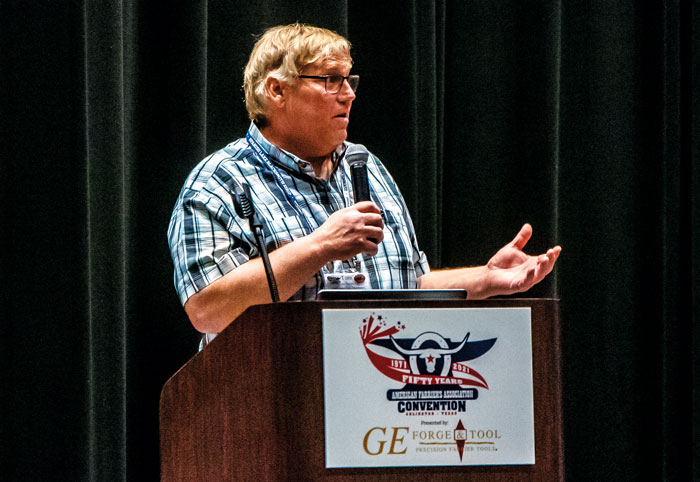 Last year, a younger farrier rode in Tom Trosin’s shoeing truck. While chatting between stops, the junior horseshoer identified one aspect of farriery that the Oklahoma farrier excels at — and it has nothing to do with trimming and shoeing

“He told me, ‘You say goodbye better than anybody I’ve met,’” recalls Trosin, a farrier for more than 35 years. He said, “When we leave a barn, you not only have the check, but they know what you did, they know why you did it. They know when you’re coming back and that you can be counted on if there’s a problem.”

Trosin appreciates the compliment, but explains his communication with clients isn’t simply about how he leaves a barn. Instead, any time he is on the phone or with a client, it is time to gather information that will benefit the client’s horse and Trosin’s business management. When he shared his communication approach at the 2021 American Farrier’s Association (AFA) Annual Convention, Trosin stressed he isn’t dictating how others should operate their businesses. Instead, consider how his communication supports how he wants to operate his farrier practice.

Through innovations like the atmospheric propane forge and adhesives, farriers have benefited from many advancements developed over the past half-century. Trosin argues that among these, the most impactful is the smartphone. Looking back at communication during his early career, Trosin says farriers relied on address books and pay phones, or following up with a client at the end…

[Video] Communication Is Key To Understanding