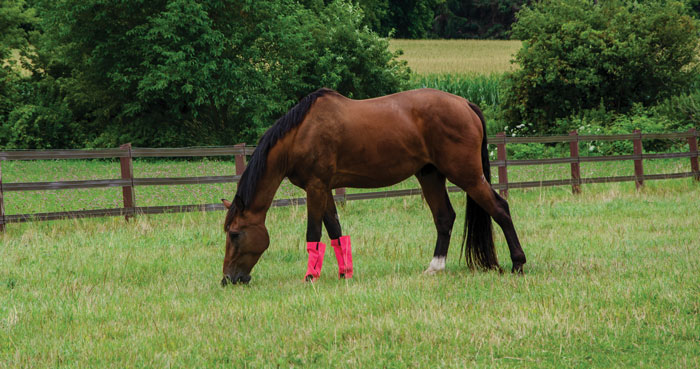 What Role Does Nutrition Play in Treating Equine Laminitis?

By Jeff Cota posted on April 4, 2022 | Posted in Clients, Nutrition

Laminitis is a common hoof disease that often recurs, leaving the afflicted horse in debilitating pain. Although the malady can prove fatal, it also can be prevented or managed

Laminitis occurs when blood flow is disrupted to the sensitive and insensitive laminae, which secure the distal phalanx (coffin bone) to the internal hoof wall. This bond is weakened — often permanently — by inflammation and reduction of blood supply. When severely compromised, the bond can detach and lead to founder.

The most common triggers of laminitis result from sepsis, grain overload, concussion and endocrinopathies. Endocrinopathic laminitis, the most common cause of recurrent or chronic laminitis, usually occurs when a horse or pony has underlying metabolic conditions such as equine metabolic syndrome (EMS), insulin resistance or pituitary pars intermedia dysfunction (PPID or equine Cushing’s disease).

While endocrinopathic laminitis is the leading form of laminitis, the gap could widen as the prevalence of obesity is rapidly on the rise. A 1998 study by the United States Department of Agriculture National Animal Health Monitoring System (NAHMS) estimated that 1.4% of the country’s horse population was overweight or obese.1 Just 14 years later, a separate study saw that number increase to 51%.2

What role does cobalt play in equine nutrition?

What role does zinc play in hoof quality?

What role does copper play in hoof health?