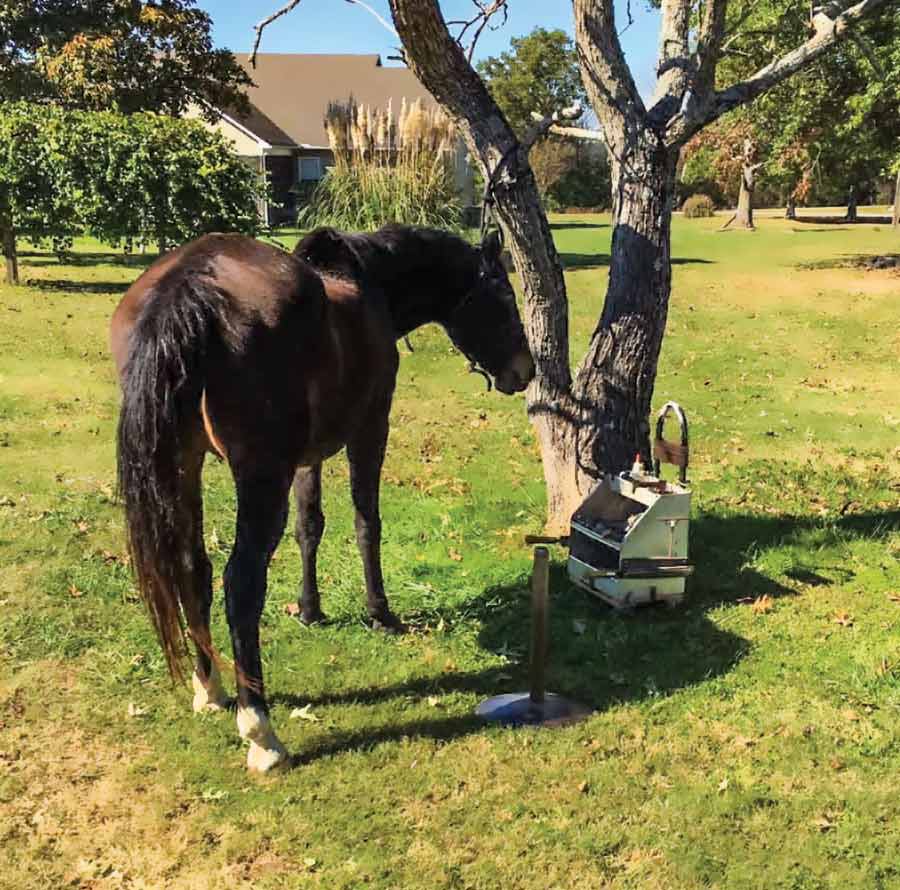 Do you always remember your first paying client and horse? Well, Tony Bullard does. You see, he’s been nailing shoes on Miss Betty since 1990. There’s only been one other farrier who can claim the privilege. Bullard readily admits he knew better. He shouldn’t have tried climbing on that colt. He paid the price for his momentary lack in judgment with a broken wrist.

Miss Betty was waiting on him the next cycle, though. Another full set, just like always.

“There was no discussion on that,” Bullard recalls. “Whether she was being used or not, they wanted her shod, period.”

You can’t ask for much better than Miss Betty’s owners. In the age of Dr. Google, they’ve never questioned Bullard’s shoeing. There hasn’t been so much of a hint that they would hire another farrier willing to do the job cheaper. Of course, that says as much about Tony and his work as it does Miss Betty’s owners.

As her next shoeing cycle approached in early November, Betty’s owners broke the news. The 32-year-old mare couldn’t keep her weight on. Nothing seemed to help. Like any good horse owner, it would break their hearts to see her suffering, so they decided to lay her to rest. Regardless of those plans, they told Bullard that they would be keeping their appointment.

Premium content is for our Digital-only and Premium subscribers. A Print-only subscription doesn't qualify. Please purchase/upgrade a subscription with the Digital product to get access to all American Farriers Journal content and archives online.
KEYWORDS Farriers Week Farriers Week 2021 first time shoeing Miss Betty’s last shoeing what it means to be a farrier

A Beloved Mare Gets Her Last Full Set of Horseshoes