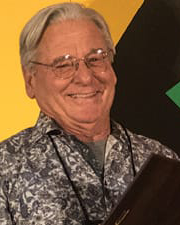 In more than 40 years as a farrier and horseshoeing instructor, Mike Savoldi has put a strong emphasis on researching the equine foot to not only see how farriers are shoeing the hoof but to understand how shoeing affects the hoof. He was the resident farrier at the W.K. Kellogg Arabian Horse Center, the premiere research facility on the campus of California State Polytechnic University in Pomona.

Savoldi has also been named farrier science/animal and veterinary science instructor, in addition to being professor emeritus from 1973 to 2004. He was named the American Farrier’s Association (AFA) Educator of the Year in 2005. With more than 5,000 hoof dissections, Savoldi has become director of The Equine Research center in Shandon, Calif., leading to his Uniform Sole Thickness theory of trimming. For almost 2 decades, his theory on trimming has affected how farriers go about trimming the hoof.

“His lecture on Uniform Sole Thickness and the indication of pathologies of the pedal bone in relation to hoof capsule distortion and shape, was an inspiration for not only myself but for countless others in conducting research into field of the equine foot,” says Alsager, England, farrier Mark Caldwell.

A contributing research scholar to the Epona Institute, Savoldi generously shares the knowledge he gains through his research. He’s contributed many photos of his numerous hoof dissections to Monique Craig’s articles and book. He’s written some articles as well on his Uniform Sole Thickness theory and covering his many dissections. Many concepts he has developed challenge the minds of the many farriers and veterinarians in order to provide the best care for horses everywhere.

“Unless I have a hoof in my hand, I have little to say about anything else,” Savoldi says in accepting his induction. “I would like to thank everyone involved in this honor. I feel greatly honored to receive this. All I can say is, this is the icing on the cake.”

Read his contributions to AFJ here: