The American Farriers Journal is proud to celebrate the 2019 Rising Shoeing Stars: Ben Barhorst of Lexington, Ky.; Audrey Williams of Edmonton, Alberta; and Gary Gullo Jr. of Old Brooksville, N.Y. These three individuals have been acknowledged for their progress in equine footcare during their first 3 years after graduation.

The recipients of the RSS award share some of their toughest challenges, best decisions and most important advice for new farriers looking to start their careers. 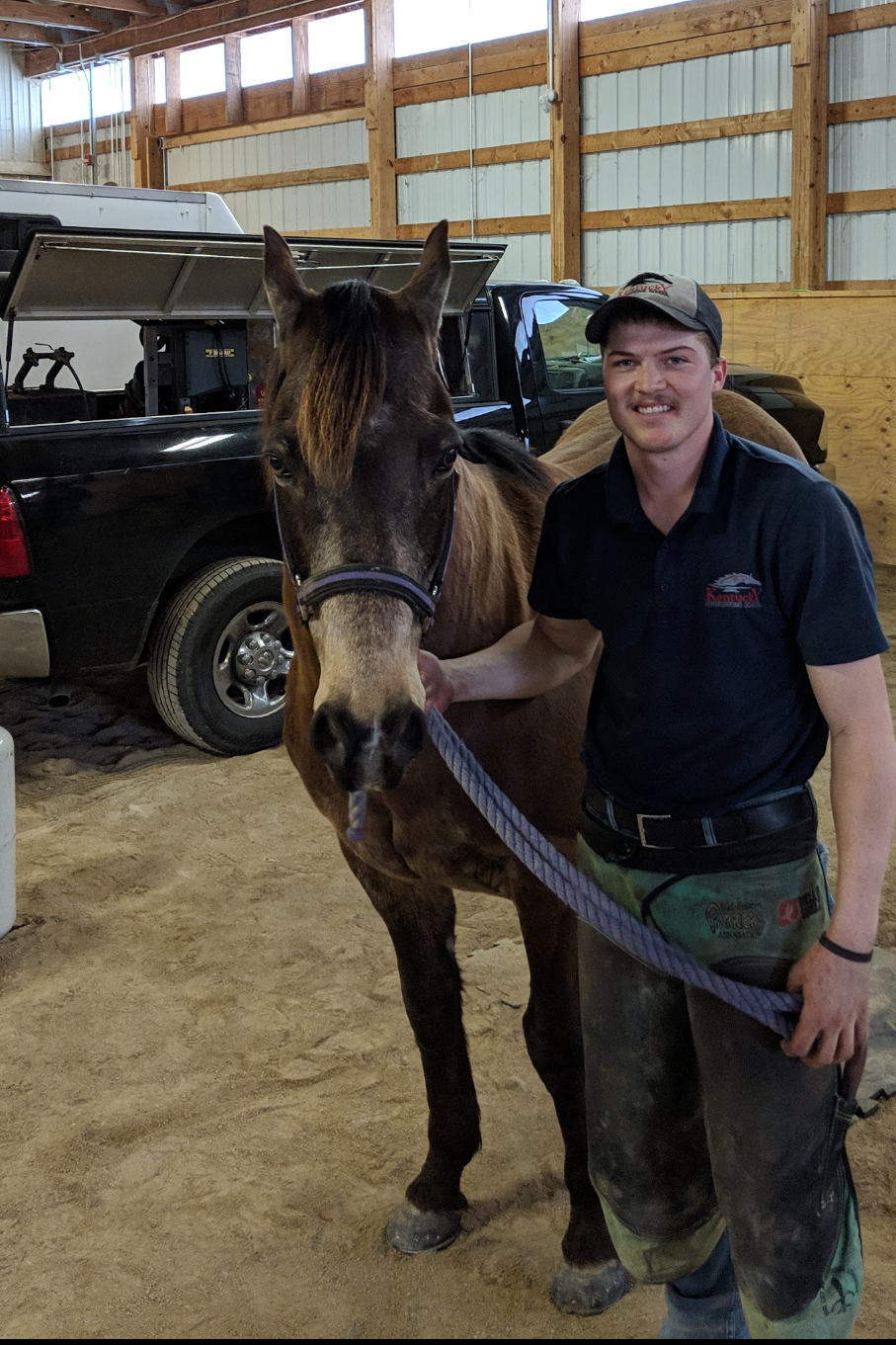 Ben Barhorst of Minster, Ohio graduated from the Kentucky Horseshoeing School in Richmond, Ky. Between determining the worth of his work and developing effective communication with clients, Barhorst has learned valuable lessons from past errors. Among these is a piece of advice he has taken away to help hurried farriers avoid preventable issues.

“The only guarantees that come from focusing on speed are mistakes and poor work,” he says. “Go faster by slowing down. Take the time to do something right the first time, and you won't make mistakes that you then have to spend more time fixing. Speed comes with experience, and experience comes with time.”

Aside from the experience that has improved his farrier practice, Barhorst works constantly to hone his skills at the forge. While this includes making many of his own tools, he finds it important to seek out assistance from others in the industry when he needs a piece of equipment that he’s unable to make himself.

“There are so many talented tool makers,” Barhorst says, “many of them farriers as well, that make outstanding hand-forged hammers, tongs, punches and so on. I would much rather give back to the farrier community than buy a tool machined in some big factory.”

Barhorst reminds farriers that it’s never simple when starting out, but that positivity, patience and a willingness to learn from mistakes will go a long way toward building the self-assurance that is critical to make it in the industry.

“Be confident in the work that you do, set your number, and stick to your guns,” he says. “People hire you for your footcare knowledge, not just your ability to use sharp tools.” 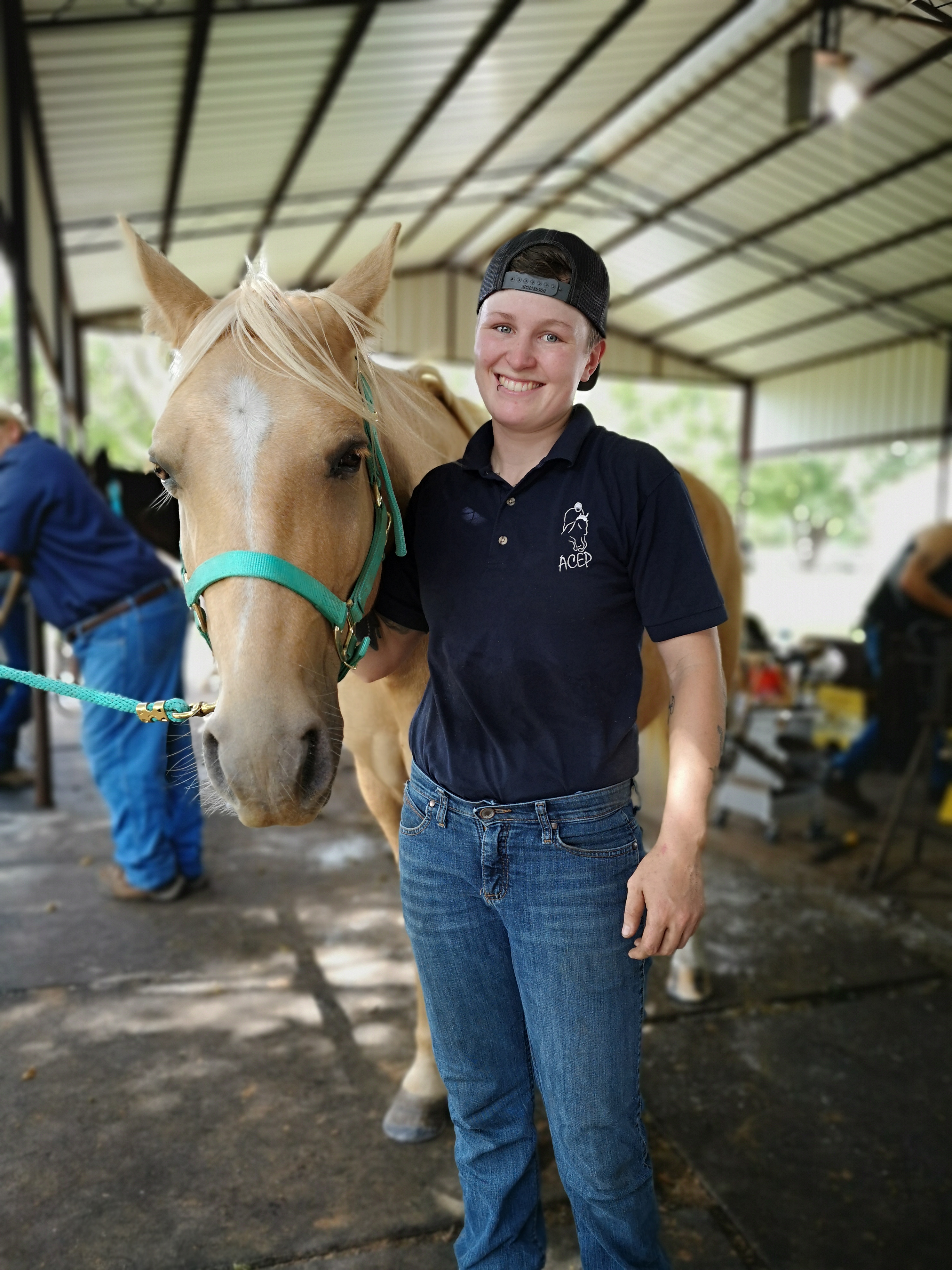 Audrey Williams of Edmonton, Alberta, is a graduate of the Pacific Coast Horseshoeing School. Despite having recently started her career, Williams’ knowledge reflects years of experience. She says that one of the smartest decisions she made early on was stepping out of her comfort zone and getting to know the people in the farrier community, through her apprenticeship and beyond.

“If I come across something in my own work that I’m maybe not sure of, or if I need some clarification, it’s nice to be able to contact someone you can have a conversation with,” Williams says. “To have another set of eyes when you’re having trouble is priceless.”

She adds that although this allows farriers to have a wider range of knowledge at their disposal, it’s important to first understand one’s own position in their career.

“Take care of yourself,” she says. “This is such a hard job physically and mentally. We get so wrapped up in everybody else and everybody else’s horses that it gets pretty easy to let your health get on the wayside.”

Williams shows that in order to make the most out of a career in farriery, it’s as crucial to have a healthy relationship with yourself as it is to form one with the community.

“It’s all about building good relationships with people,” Williams says. “It’s one of the best things you can have.” 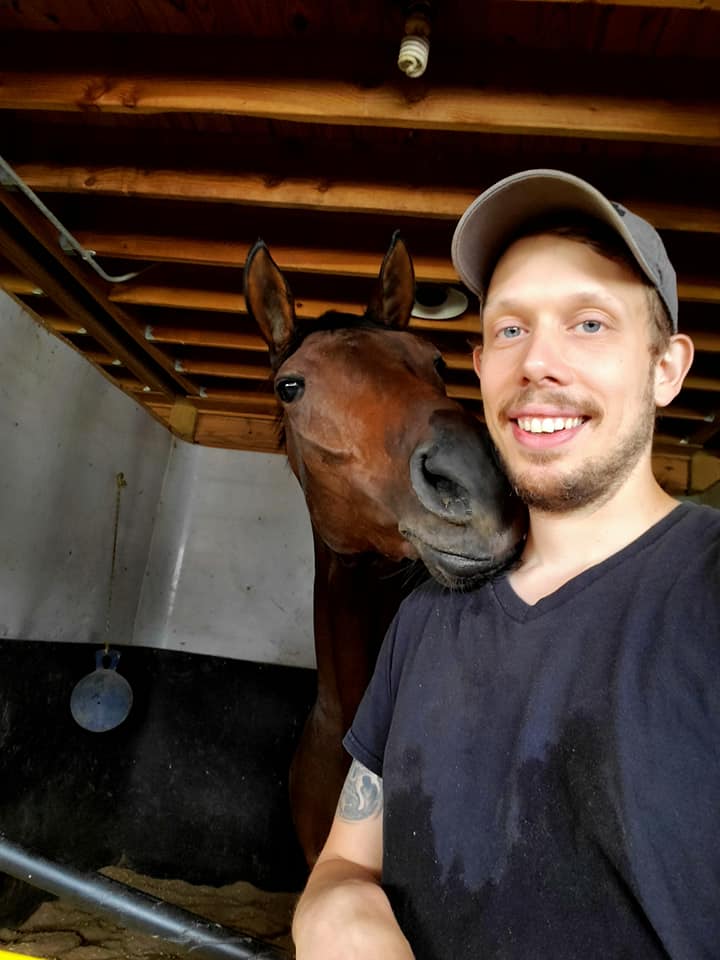 Gary Gullo Jr. graduated from the Cornell University Farrier Program in Ithaca, N.Y. and works just a few hours south of his alma mater at tracks such as Belmont Park, Aqueduct and Saratoga. His progress as a farrier is thanks in part to both his education from school and his mentors, including Ian McKinlay and Gullo’s own father, professional trainer Gary P. Gullo.

Gullo has benefited immensely from the obstacles he has faced through his start in the practice. From efficiently handling sedated horses to fitting runners too full at times without fully boxing the shoe, he’s realized nothing comes easy at first.

“Failure can be one of the greatest teachers,” Gullo says. “The learning never ends.”

He also assures that the work can take much more than skill. Without purchasing the proper equipment, it can be difficult if not impossible to make it successfully as a farrier.

“If you are sure this is the career field you want to be in, then it is worth getting the best tools and supplies money can buy,” says Gullo. “Having high-quality tools, nails and hammers makes a difference not only in your work, but in the physical wear and tear on your body and joints.”

Through education and constant practice, Gullo’s career has been off to a great start. Discussing how he goes about an average workday, he illustrates how he has managed to effectively establish himself.

“Just keeping my head down while working, being humble, always having a smile, being on time and trying my best every day,” he says. “The rest all followed.”

Do you know someone who graduated in 2017 and has hit the ground running in the farrier industry? Nominate them for our 2020 Rising Shoeing Star Award.

Advice from a Farrier Who Has Just Started His Career