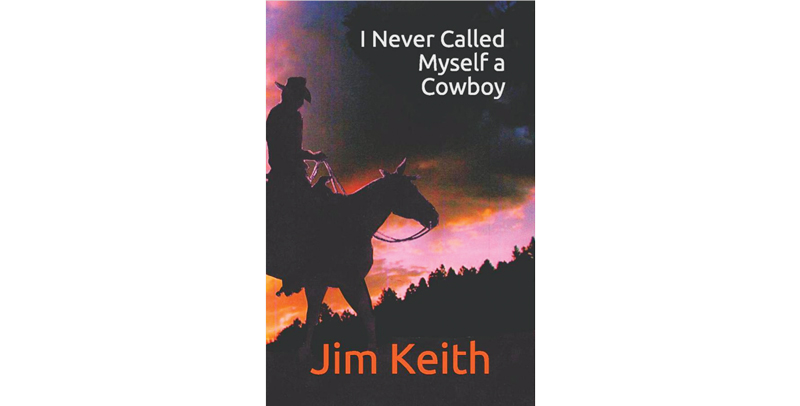 I Never Called Myself a Cowboy ­

Many within the farrier industry are well acquainted with Tucumcari, N.M., farrier Jim Keith as a horseshoer, toolmaker, educator, not to mention a talented artist with both hammer and pencil. The International Horseshoeing Hall of Fame member puts the latter to good use by sharing stories from his time working at the historic Bell Ranch in his book I Never Called Myself a Cowboy.

Although Keith doesn’t offer shoeing advice, he aptly regales readers with humble observations, astute wisdom and witty adventures of his experiences on the 290,100-acre spread that’s 187 miles east of Albuquerque.

Like many youngsters growing up in post-World War II America, Keith dreamed of being a cowboy. While most never took in the vast grandeur of a ranch between the ears of a mount, Keith’s aspirations were realized during the 1950s and ’60s. How did Keith succeed while others failed? No doubt there was an advantage in his family’s proximity to nearby spreads. After all, it afforded him the opportunity to ask a “jillion questions” of a ranch hand only known to Keith as “Rabbit.” The colorfully named cowboy’s advice to the young Keith still resonates with him decades later and adorns the cover of his first literary work.

“You’re a pretty good kid, and may make a cowboy someday,” Rabbit told Keith when the youngster revealed what he wanted to be when he grew up, “but don’t be calling yourself one until you understand what it means to be a cowboy.”

Premium content is for our Digital-only and Premium subscribers. A Print-only subscription doesn't qualify. Please purchase/upgrade a subscription with the Digital product to get access to all American Farriers Journal content and archives online.
KEYWORDS I Never Called Myself a Cowboy by Jim Keith life at the Bell Ranch

A Cowboy and a Gentleman

You Never Know Who You'll Meet At A Wedding Reception

Forging a Heart Bar has Never Been Easier