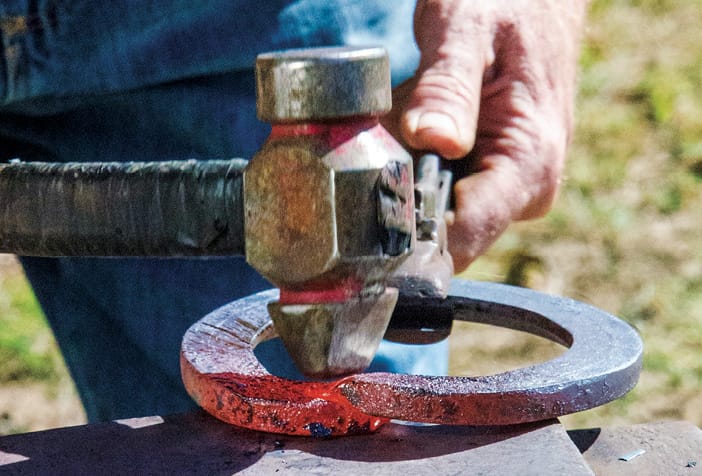 By Jeff Cota posted on September 7, 2018 | Posted in Business Practices

Pictured Above: British Columbia farriers may only perform corrective or therapeutic shoeing under the supervision of a veterinarian

While American farriers have dodged a bid to eliminate the farrier exemption from the Model Veterinary Practice Act, their colleagues to the north find themselves in a difficult predicament.

Farriers and other non-veterinarian equine health providers in the Canadian province of British Columbia are in a position that many American farriers believed they were heading toward if the exemption was tossed.

“If you follow the letter of the law, farriers actually can only work under the supervision of a vet,” explains Gerard Laverty, faculty farrier at Kwantlen Polytechnic University in Surrey, British Columbia. “That hasn’t been how it has been followed in practice, but it could be brought into place if they decided to do that right now.”

Although farriers have been relatively left alone, the College of Veterinarians in British Columbia has taken action against others in specialty fields.

“Bit by bit,” Laverty says, “the College of Vets in B.C. has been pushing people out of business when they are practicing in an area that they felt…