Staring You In The Face

By Jeremy McGovern posted on April 24, 2015 | Posted in Education, Equipment

This week’s tip from Roy Bloom reminded me about another tip he gave at a recent clinic at the Minnesota School of Horseshoeing/Duggan Farrier Supplies in March. Back then, it was just a good tool tip, but weeks later, it has come to serve as a parable.

During this clinic (sponsored by the American Association of Professional Farriers as part of its Hoofcare Essentials series) Roy Bloom told the audience how he found the best source for his Bloom Forge Tools wooden handles. Years ago at Amsterdam Farrier Supplies in New Holland, Pa., he was perusing the shop’s aisles. The store had a vast collection of wooden handles, but it was a particular type that caught his eye. These handles were the straightest that he had ever seen. Wanting to know who made these handles, Bloom asked the owner of the supply shop. Luckily, the craftsman was in attendance. These handles actually are spokes intended for Amish buggy wheels.

So years later, Bloom told the farriers at the Minnesota clinic, if you can find Amish buggy spokes, they make terrific tool handles.

Fast forward to early April, I headed east to attend the Bruce Daniels Memorial Clinic (more on that in the May/June issue of American Farriers Journal). The clinic was in New Jersey, just a 10-minute drive from Philadelphia, Pa. While in the area, I stopped by to visit farrier Eli Beiler. We stopped at a Standard farm he works at, the shop of farrier Elam Stoltzfus and Amsterdam Farrier Supplies

Later that day, Beiler wanted to let me drive his buggy. As we were hitching the horse, I  saw the buggy’s wheels and recalled Bloom’s tip about wooden tool handles. As soon as I mentioned this tip to Beiler, I felt like an idiot.  Of course he would know — he’s Amish, a farrier, lives by the wheel shop and buys his supplies at Amsterdam.

But after I said it, Beiler stopped, looked up and said, “Huh, I never thought of that. That makes sense, and they are already a perfect size for my hand… I like that idea.” 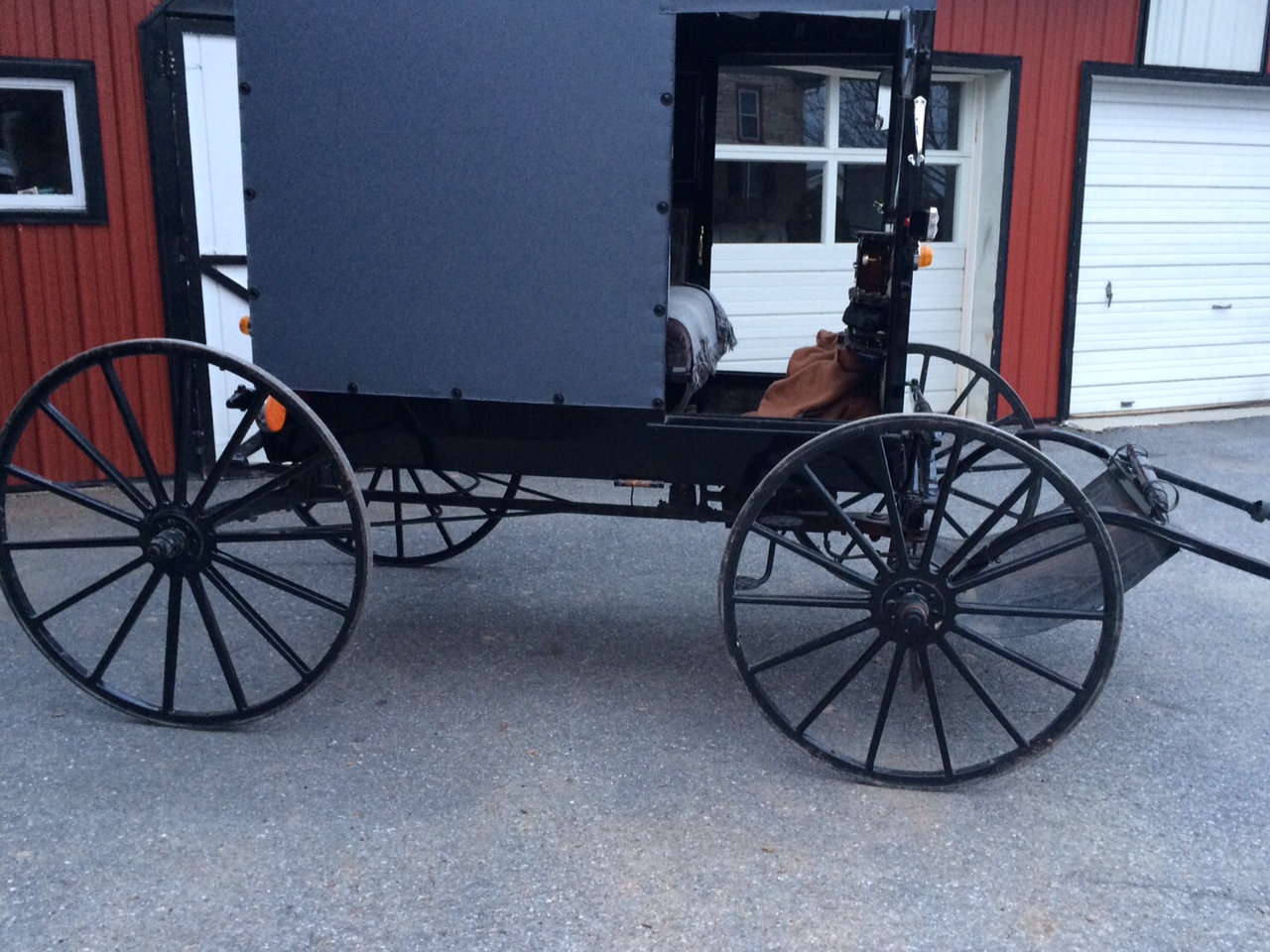 This buggy inspired a discussion of the best tool handles.

So here is someone who knows the wheel shop, has been a loyal customer of Amsterdam for years, prefers wooden handles to steel and, maybe most significant, sees buggy spokes everyday. Yet, the idea that these spokes could serve as tool handles never crossed his mind.

Sometimes the best answer is so obvious we don’t see it. That’s true about life — including horseshoeing. I talked about this subject with Bob Smith, the owner and head instructor at the Pacific Coast Horseshoeing School,  who said this is a common trait of hoof-care students.

“Students are presented with a foot that is extremely short,” he says. “Instead of looking at the foot, they all begin to use their knives and nippers. Just looking at the foot should tell them that nothing should be removed, it is already too short.”

There is a difference between these two examples. In the case of the buggy wheels, Beiler was never searching for a better tool handle. But the foot was the very thing the students were suppose to study. And sometimes what is seen means not doing much to the foot when trimming, or as many farriers have said about the trim, “less is more.”

So I’ll take the latter as a reminder to not overcomplicate things. Sometimes there is pressure to do more, but the best thing to do is very little. That means seeing the answer that is staring you in the face.

What can you tell me about the role of Vitamin C in the equine diet?

Reader Service Cards Put You In The Loop

Since hoof nutrition sounds complicated, can you give me a basic lesson on the role of nutrition in hoof health?