By Jeremy McGovern posted on July 29, 2014 | Posted in Disciplines & Breeds

I remember a friend of mine in middle school who anxiously opened his report card to find out if he would be enjoy summer vacation or be sentenced to summer school. How harshly he would be judged on an incomplete final assignment in comparison to a semester’s volume of work would decide his fate. 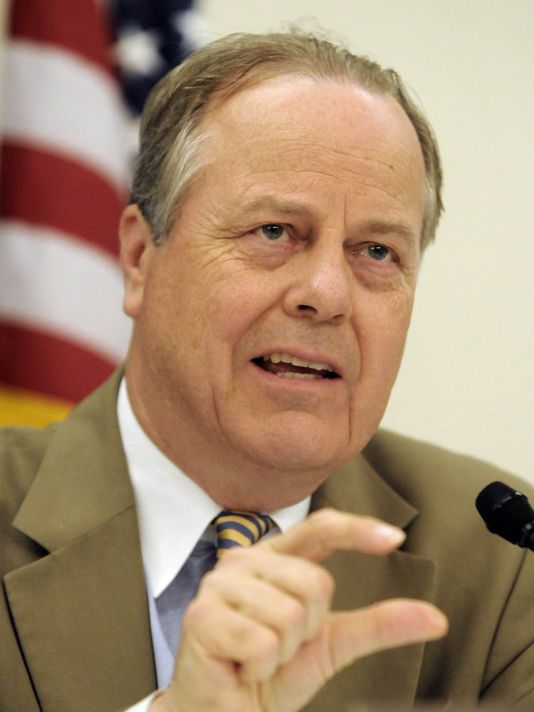 It was bad news — he had to report to summer school. That incomplete project ruined his vacation plans. The United States Congress heads out on its month-long summer vacation despite several incomplete assignments. Among those caught in stalemates, strategic or otherwise, is the anti-soring legislation.

Although the Prevent All Soring Tactics Act is hung up in the sausage-making process, there was plenty of news involving Ed Whitfield, one of the 300+ House sponsors of the bill. First, it came to light that the Performance Show Horse Association (PSHA) submitted a Dec. 27, 2013, letter that eventually became a House Ethics Committee complaint against the House Republican from Kentucky. Although the House won’t comment on this months-long investigation until its decision is released in November, Whitfield held a press conference to discuss the letter, its link to the ethics investigation and charge the PSHA with playing dirty pool.

Among the charges in the letter, Whitfield denounced the claim that his wife Connie Harriman Whitfield, a paid advisor for the Humane Society of the United States, lobbied him. Any man who has been married for more than 5 minutes knows that a wife is the most effective lobbyist in his life. But this is the Beltway definition of lobbying, where financial considerations take place. Also involved in this PSHA complaint is Marty Irby, former president of the Tennessee Walking Horse Breeders' & Exhibitors' Association, who now serves as Whitfield's press secretary. The PSHA also claimed that Whitfield violated House rules by failing to report a real estate loan co-signed with his wife and a lobbyist.

Whitfield was just getting started. A day later he released an edited copy of the letter and took the opportunity to blame fellow Republican and House Speaker John Boehner for blocking a vote on the bill.

Whitfield says he remains committed to this legislation despite what seems to be a temporary victory for the opposition through no action rather than a vote. Congress reconvenes in September before departing again after 2 days of work in October. Congress is only in session 15 days through November and December to close out 2014.

While this bill lingers in purgatory, nothing changes for farriers who work with Tennessee Walking Horses (TWH). The majority of these shoers will continue to do quality and humane work while outsider perception of the industry remains guilty-by-association thanks to an ineffective Horse Protection Act and failed policing of soring from within the TWH industry.

All of this will go on while Congress plays its game of keep away. Those TWH farriers, as well as the trainers, veterinarians and so on, will continue to do their day-to-day work. After all, they have to pay taxes that keep the government’s lights on while the laughingstock Congress takes August off.