In 2009, American Farriers Journal joined six industry suppliers to create the Rising Shoeing Star award to be given out each year at the International Hoof-Care Summit. This award is presented to three farriers who have made exceptional professional progress within 3 years after graduating from farrier school.

Each winner received a plaque, a 1-year subscription to American Farriers Journal, the AFJ “Kitchen Sink” package (a footcare library with over 3,500 pages of reference material) and free registration to the Summit.

In addition, the first-place winner receives $1,000 and the two runners-up each receive $500. The schools that produced the three winners also received plaques and copies of the Kitchen Sink package.

The farriers honored at this year’s Summit were: Stanley Mullen of Selwyn, New Zealand; Richard Hassenmayer
of Troy, Va.; and Seth Holestine of Granby, Colo. 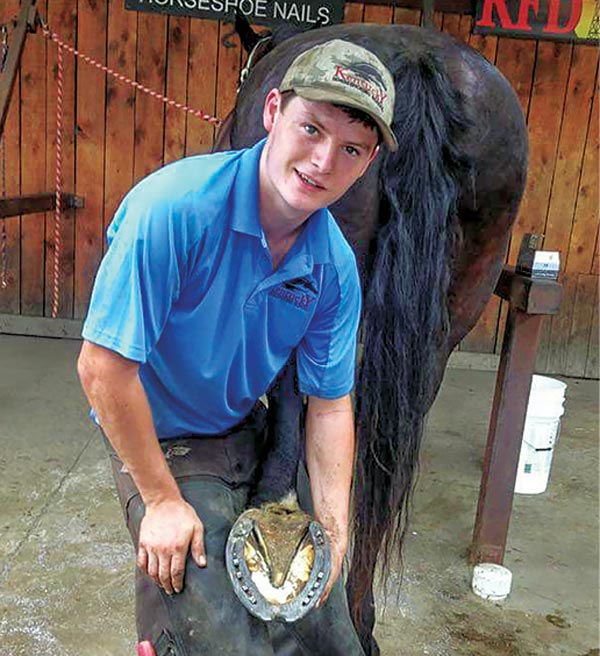 Stanley Mullen, the 2018 Rising Shoeing Star winner, says the best advice that he has learned is “not to settle for what you already know, but to chase after what you don’t.”

Stanley Mullen, a 2015 graduate of Kentucky Horseshoeing School in Richmond, Ky., began his hoof-care career when his farrier asked whether he wanted to help him out once a week.

“I grew up on a horse farm, always loved working with them and never wanted to do anything but hands-on work,” Mullen says.

He says he chose the…