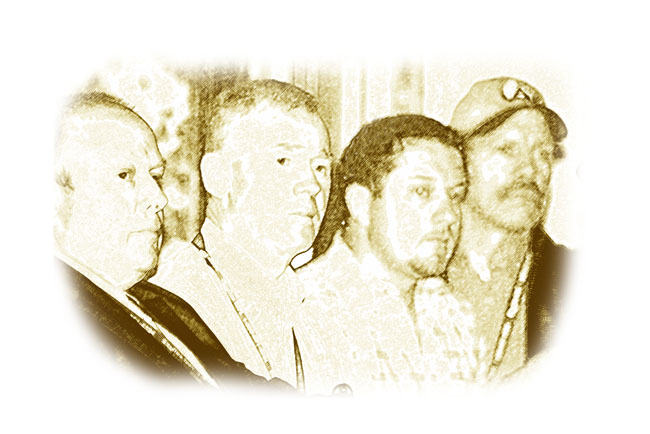 Hooves Too Wet? Too Dry? Try These Techniques

By Ron Perszewski posted on April 1, 2008 | Posted in Trimming

These farriers have plenty of experience with moisture problems, too much or too little, and they offer their solutions

They’ve faced down the challenges of hoof moisture problems and lived to shoe again. This panel at the most recent International Hoof-Care Summit includes (left to right) David Nicholls, Red Renchin, Portor Green and Brent Brown.

David Nicholls wants to avoid the problems caused by nailing shoes to rotting hooves. “The enemy is water,” says Nicholls, a farrier in rainy West Suffolk, England, “where you should wear waterproof clothing every day.”

Horses there routinely face the risk of saturated hooves because, Nicholls says, “The feet are like sponges; they soak up all of the moisture from the environment they’re in.” So, he’s well versed in the many problems of saturated hooves.

For example, when hot-fitting saturated feet, it is easy to scald the horses by forcing super-heated steam into their hooves, he says. This can make them lame for several weeks, he adds.

And he’s familiar with a condition called mud founder, which seems to afflict mostly thin-walled and thin-soled Thoroughbred horses.

“If you remove their shoes, they will stand in one place and won’t move,” he says. “Their feet open to become much larger, and you couldn’t possibly put the same sized shoes back on them. Most require the care of a veterinarian, possibly including sedation or nerve blocking of the feet. The cure is to put them into a dry environment, where their feet will contract back to a normal size.”

Nicholls believes the switch from wet to dry conditions, or vice versa, can cause…

Overcome Cold and Snow with These Winter Shoeing Tips