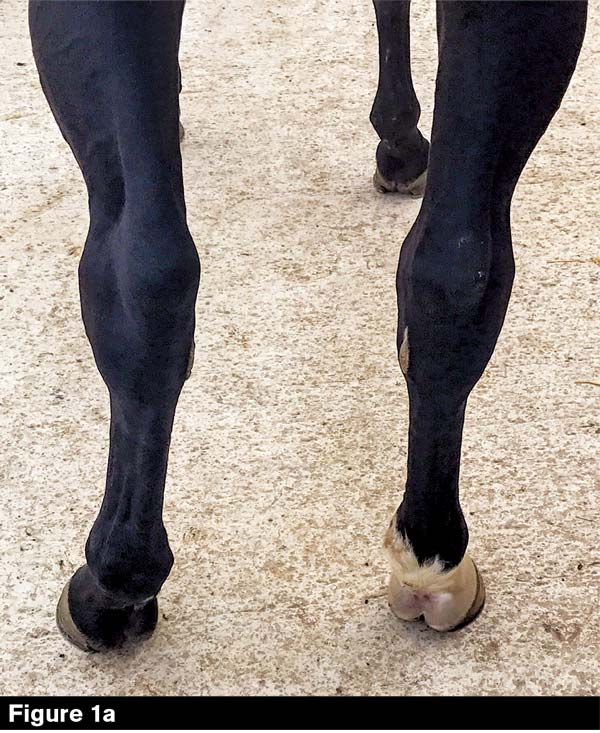 By Jeff Cota posted on January 6, 2018 | Posted in Education, Lamenesses

Assessing a horse’s conformation is a staple for farriers, and for good reason. Certain conformations offer an understanding of movement, wear and potential lamenesses.

“We’re all familiar with different types of conformation in the front limbs,” English farrier Sam Head told attendees at the mid-November Thoro’Bred Extravanza in Anaheim, Calif. “But how many of us truly consider the same in the horse’s hind?”

It wasn’t all that long ago that the hinds were essentially an afterthought, he says.

While the fore feet are no doubt important, the hinds play an integral role.

“A lot of the time,” he says, “it’s the attention to detail behind that makes a difference in how a horse might perform in front.”

Athletes of a two- and four-legged variety have at least one thing in common — conformation.

“When we have a horse that has a turned out conformation, it’s much less athletic,” says the third generation farrier, who shoes…