Western States Farriers Association Hot In The Forge, Cool In The Pool

By Amy Johnson posted on September 1, 2014 | Posted in Education 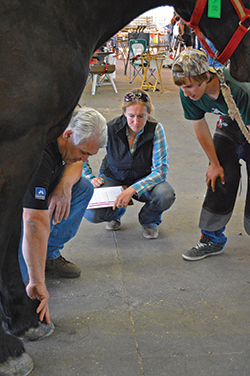 Dozens of farriers traveled to Placerville, Calif., for the 2014 Northern California Classic, which ran May 14-17. Turnout was high for the American Farrier’s Association certification, which took place on the first day. The remaining days consisted of contests, lectures, live shoeing demonstrations and a marketplace. The event wrapped up with an auction and banquet.

Can a Scottish Shoer Earn British Registration in the States?

So, How Many Horseshoers Are There In The United States?