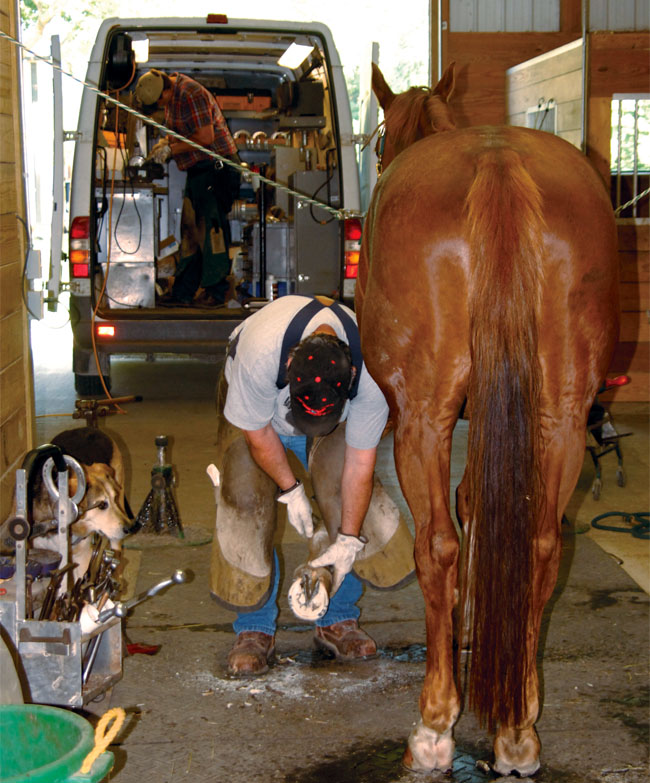 By Frank Lessiter posted on November 1, 2008 | Posted in Business Practices

Reflecting the overall economy of the United States, the average American farrier has struggled to gain financial ground over the past 2 years.

The gross income of American farriers has remained flat — and given the recent increase in fuel and steel prices, that is a likely indication that net incomes for shoers have probably actually lost ground.

That’s among the many significant conclusions drawn from results from the recent Farrier Business Practices survey that was conducted among American Farriers Journal earlier this summer.

This exclusive survey, which is compiled every 2 years, is drawn from a random sample of American Farriers Journal subscriber from around the country. A 4-page survey was mailed to 1,994 subscribers and 469 responded, representing a return rate of 24%. This breaks down into 71% full-time farriers and 29% part-timers. This farrier industry survey remains as the only one of its kind in the United States.

The average combined gross income for both full- and part-time figures averaged $63,152 in 2007. This was a drop…

Expanding your Learning is the Success Key for 2009

Who Learns the Most - the Apprentice? Or the Mentor?