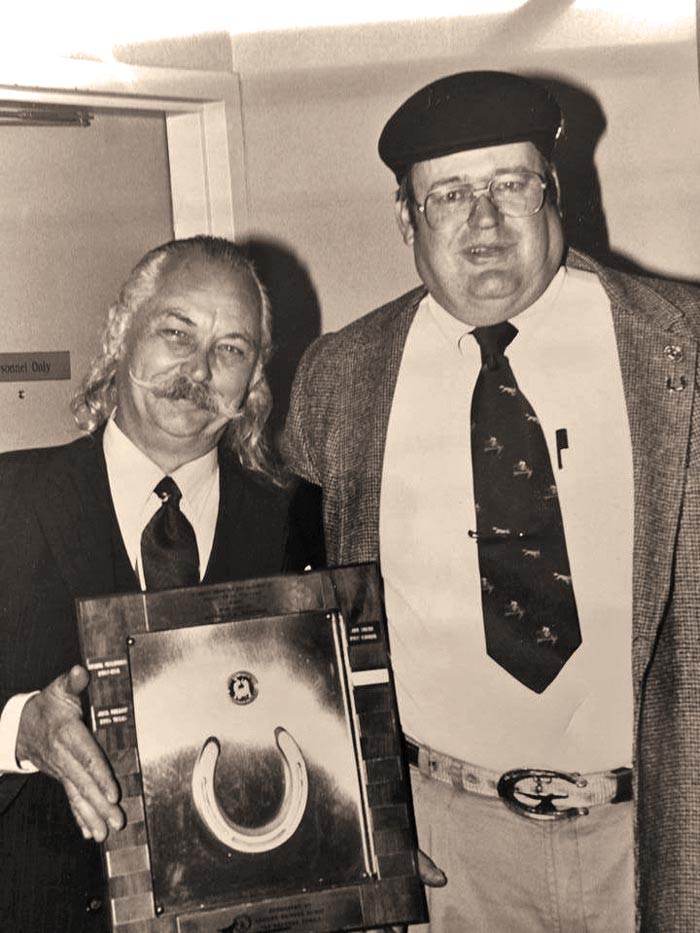 On July 12, 2017, Bob Peacock, a major figure in the hoof-care community and founder of the wide-web aluminum shoe, passed away at the age of 78. The Hamilton, Ohio, farrier pioneered equine supplements as the founder of Farrier Science Clinic and won several honors and awards including induction into the International Horseshoeing Hall Of Fame.

Below, colleagues remember Peacock for his wisdom, demeanor and innovation.

Bob was everybody’s friend — everybody in our trade.

Bob stopped by the Oklahoma Horseshoeing School many times and shared his knowledge and experiences with our students. He was always eager to share knowledge with anybody who would listen, and he was quite knowledgeable.

The first time I met Bob Peacock was in 1978 at an Illinois Farriers Association gathering. Bob had recently introduced the Light Hoof aluminum line of
horseshoes. He was forging shoes as part of the program, modifying them and drawing clips.

It wasn’t long before Bob and I became good friends. Bob easily made friends because of his outgoing personality. He was willing to share his experiences and knowledge with any farrier. He treated everyone as his equal and never addressed a novice farrier with anything other than respect.

Bob’s spirit of fellowship will be missed, but the lives of so many farriers whom he influenced will remain.

A Legend Lives On