How Do You Measure Up?

The two accompanying charts below outline the costs for a veteran farrier who works with 150 different horses and handles 262 trimmings, plus 788 trimmings and shoeings a year.

His yearly fixed costs of $32,612 worked out to an average of $31.06 for each of the trims and shoeings done during the year. This is the amount the farrier invested in each horse before ever getting out of the truck.

There’s no simple way to calculate your costs, as each farrier has a different situation. But the example shown here will serve as a starting point. Then you can decide how much you should be paid for your labor, management skills and desired return on investment before settling on a new pricing strategy for your farrier work. 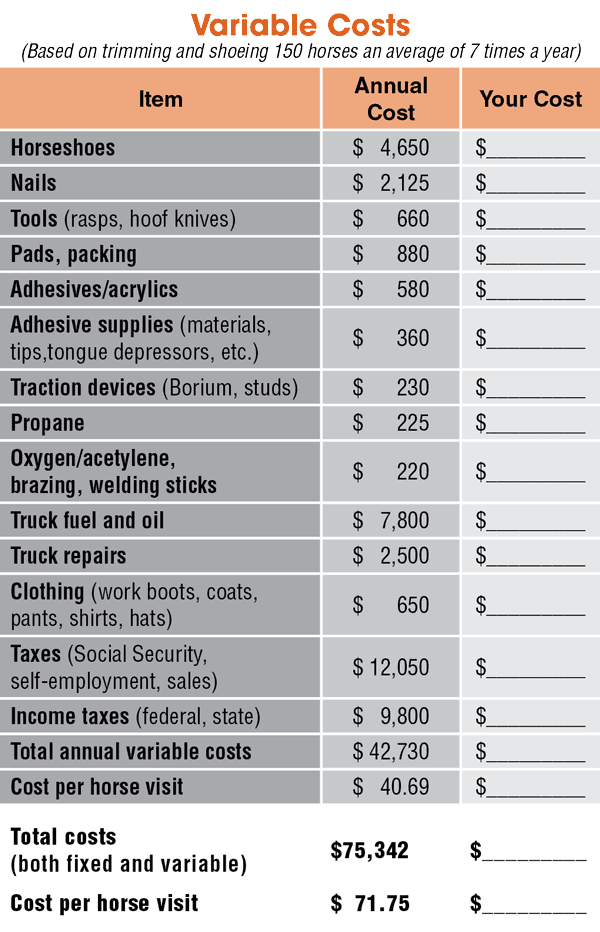 How Much Should You Charge?

How Much Should You Charge?

How Would You Handle These Ethical Concerns About Footcare?