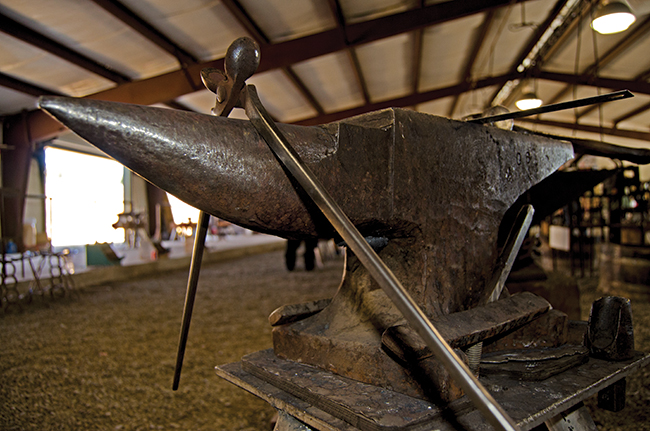 Saving Time At The Anvil

By Jeff Cota posted on September 1, 2014 | Posted in Shoeing

It’s not a lot of time in the grand scheme of things. When a client informs you that their barn is only 10 minutes away, very few will bat an eye for such an easy commute.

Time is a funny thing, though. In certain circumstances, 10 minutes can be considered a significant amount of time. For example, an endurance horse that shaves mere minutes from its racing time is considered impressive. The same can be said for reducing the time it takes to forge a pair of horseshoes. How many of you would jump at the chance to slash 10 minutes off the time it takes to make a pair of shoes?

Bethlehem, Pa., farrier Sonny Pistilli wasn’t trying to save Chuck Gibson that much time at the anvil. Yet, that’s exactly what happened after the Belle Center, Ohio, farrier implemented Pistilli’s sage advice.

“A lot of the things I showed him were every day things, things that every farrier runs into in one phase or another,” Pistilli says. “If I knocked 10 minutes off his shoe making, that’s pretty good.”

Gibson won the opportunity to spend 3 days working with Pistilli after his name was drawn during the 2014 International Hoof-Care Summit in Cincinnati. In his third year of providing a turn at his Far Hills Forge, the 75-year-old Pistilli enjoys passing on his experiences and considerable expertise.

“I’ve been around some of the best farriers in the entire world,” he says. “I’ve worked with Dave Gulley…