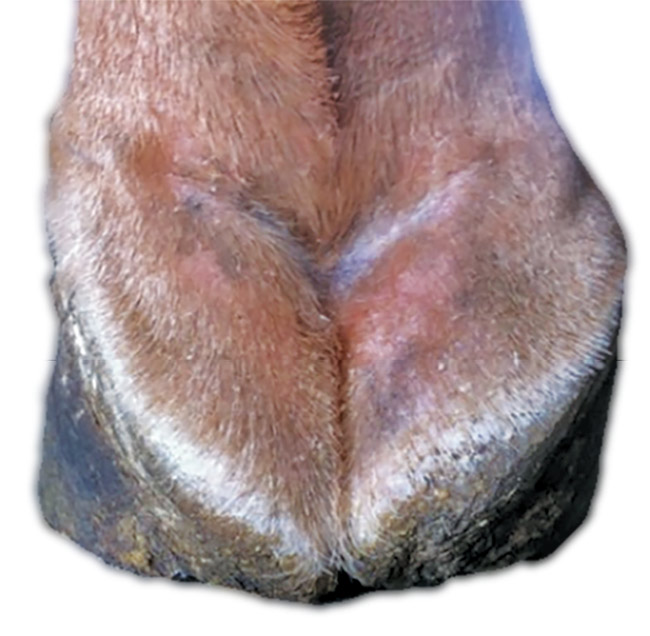 Understanding the cause can lead to solutions for the horse

To truly help a horse with contracted heels, a farrier must understand that such heels are most often a symptom of an underlying problem, and correcting the heels does not necessarily lead to a sounder horse.

“If you can figure out what caused the heels to contract, you may be able to do something about it. Or you might not,” says Gerard Laverty, who began shoeing in 1973, working on the steeplechasers, show jumpers and riding school horses his parents owned back in Ireland. He later apprenticed for 2 years in the U.S. and practiced in Canada for 21 years before he began teaching farriery in 2003 at Kwantlen Polytechnic University in suburban Vancouver, Canada ­— a position he still holds.

“It could be something as simple as improper trimming, but it might be something as complicated as bone disease or soft tissue disease,” he says. “The horse is changing its way of going, loading and standing, which changes the stresses on the hooves and leads to the contraction. If that’s the case, the farrier probably won’t be able to do much about the contracted heels.”

Bob Broussard, a farrier since 1979 who shoes throughout the Sacramento Valley of Northern California, agrees that contracted heels require a careful diagnosis.

“Contracted heels are, by and large, a symptom of something else,” he says. “It could be a genetic deformity or a club foot. I see it most often as a symptom of a navicular joint problem. When I see a contracted…

Sheared Heels And The Correlation To A Quarter Crack