What Do Horn Tubules Do?

Although farriers know that horn tubules play an important role in hoof wall structure, this article provides a deeper understanding of it

The equine hoof wall has a complex tubular structure, which extends across the stratum medium. In a healthy hoof, the tubules are straight, parallel to each other and descend at the same angle as the hoof capsule. On the bearing border surface of a trimmed hoof, they can be seen as a pattern of rings. Our human skin is an epidermal structure like the hoof, and yet skin does not have horn tubules within it. This article sets out to answer the simple question of why horn tubules exist within the hoof wall.

The hoof wall is the largest horny structure in the hoof capsule and is the part visible when a horse is stands on a hard surface. The hoof wall wraps around the distal tip of the equine digit and forms an oblique truncated cone, which is open on the ventral surface, filled by the bulbs of the heel. It is generated from the stratum germinavatum — the germinative layer — found at the proximal extent of the hoof wall. Not even, the stratum germinavatum has, at intervals, projections that invaginate (cover) the stratum medium of the hoof wall. These are the papillae. 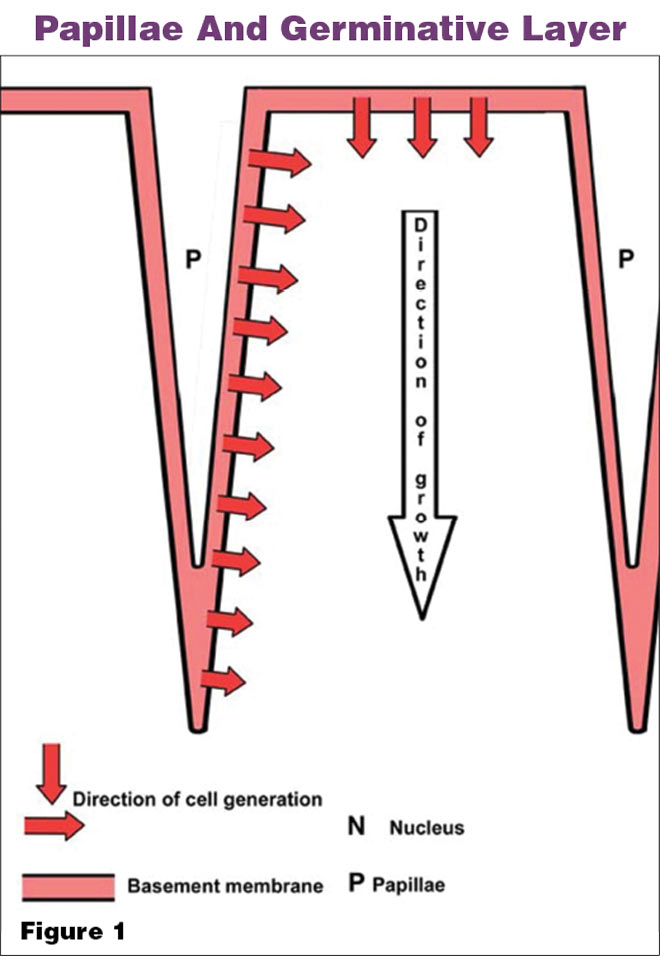 Between these papillae lay the rest of the stratum germinavatum. Here, mother cells continuously produce cells, which are pushed distally by the new cells behind them, beginning the procession distally to the bearing border (Figure 1). At the point of generation, the cells destined to become tubular, intertubular or… Hoof Rings In Horses: What Do They Mean?

Improve Recognition of Hoof Distortion by Drawing One

Building Upon a Foundation of Sound Farriery