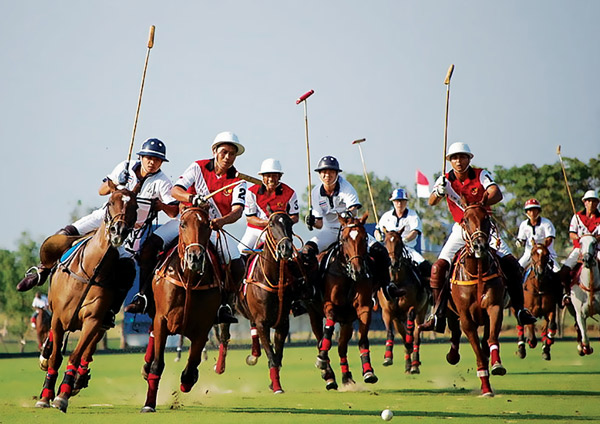 Pictured Above: Polo shoes must be fit precisely to avoid sole pressure, raised clinches and stepped off shoes.

The sport of polo wasn’t always a sport. The oldest game using a ball and some sort of stick on a horse, is thought to have originated thousands of years ago in ancient Persia or China.

Legend has it that the idea came from knocking around the severed heads of vanquished enemies after battle. The concept spread throughout that part of the world until the British refined the game and exported it to the rest of the world.

Modern-day polo is played in many forms throughout the world, including at the collegiate level. There was a great deal of interest in the sport at the November 2016 Cornell Farrier Conference when the evening program consisted of a demonstration of arena polo, followed by a women’s varsity game.

A few basic facts about polo will help those who are new to the game understand it, the horses and how to shoe them.

There are two versions of polo — outdoor with four players on a team and arena/indoor, with three players on a team. Polo is also the only sport that amateurs regularly play with professionals. Collegiate polo is mostly played as arena/indoor polo. One major difference is that the host school usually supplies all the horses and each horse must play for each team once. Outside of the collegiate world, players ride their own horses, which is where the…