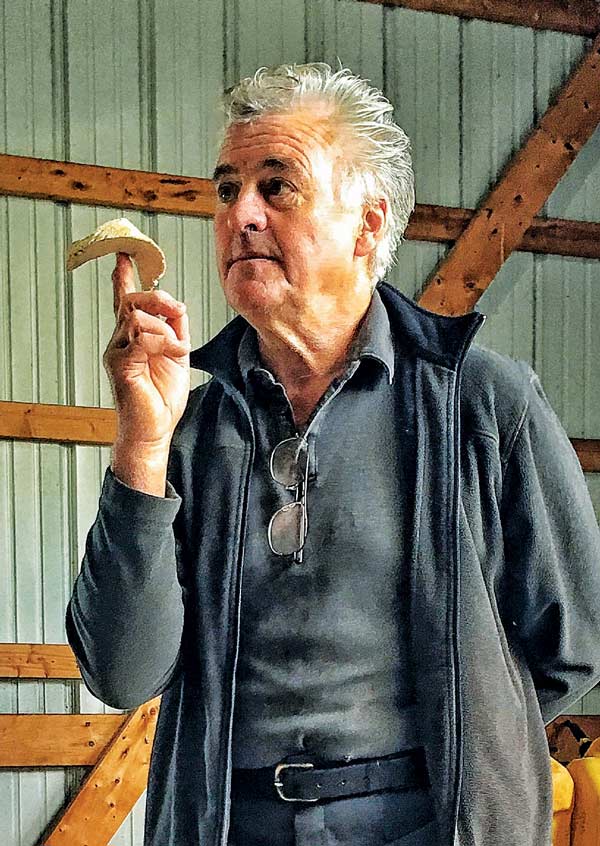 A Prelude To Understanding Duckett’s Dot

By Jeremy McGovern posted on December 5, 2016 | Posted in Anatomy, Trimming

There are noteworthy figures in farriery who are closely associated with significant developments. Whether it is a tool, forging technique or creative application, these people left a mark on the industry. But among these, only one name is universally recognized by farriers in association with external reference points of the foot.

David Duckett delivered a presentation to attendees at the 2016 Northeast Association of Equine Practitioners Annual Symposium in Niagara Falls, N.Y., on the history of his work that lead to Duckett’s Dot. Many young farriers and veterinarians in attendance had never seen Duckett lecture on the principles that have heavily influenced how they balance feet.

“The basic concept surrounding the dot and the bridge is to measure the center of the foot to its peripheral borders, rather than the traditional methods of calibrating the exterior form, which would perpetuate errors,” says Duckett.

“Go back to the essential anatomy. P3 is the physical and dynamic foundation of the foot. Knowing its position within the hoof capsule is essential to the most basic level of horseshoeing.”

However, Duckett didn’t use this presentation to break down the theory and application to find the dot. Instead, the Hall Of Fame shoer and fellow of the Worshipful Company of Farriers established the principles that precede a discussion of his work.

At the start of his…

The Broad Application Of Duckett’s Dot