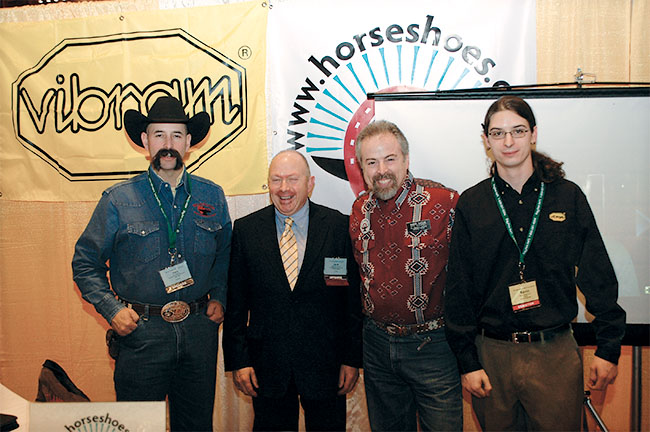 By Jeremy McGovern posted on May 1, 2010 | Posted in Shoeing

In September 2009, Vibram and the Farrier & Hoofcare Resource Center (FHRC) Co-Op announced a new contest for horseshoes. Each year, farriers would be presented with a new shoeing challenge and, through photography and an essay, show a before-and-after case that fits the guidelines of the competition.

“Our goal was to create something easy to participate in and allow some fun,” says Kevin Donahue, Jr., director of sales and marketing for Vibram Hoof Pads. “By using photography, this contest can be easily shared with a wide group of people. It creates a dynamic conversation among people worldwide.”

The 2009-2010 challenge asked participating farriers to show a case of treating high/low conformation. The contest committee selected this theme based on animated Internet discussions.

“Last year on the FHRC Forum, there was a lot of discussion on the high/low syndrome,” says Baron Tayler, owner of the FHRC. “We discussed several topics, but when I threw out high/low, the judges really liked it. This turned out to be a very interesting challenge.”

The top three finishers in the challenge are, in order, Jay Mickle of Southern Pines, N.C., Derek Poupard of Dubai, United Arab Emirates, and Steve Kraus of Trumansburg, N.Y. Vibram and the FHRC announced the winners during the 2010 International Hoof-Care Summit.

Challenge The Most Important Tool Every Farrier Has