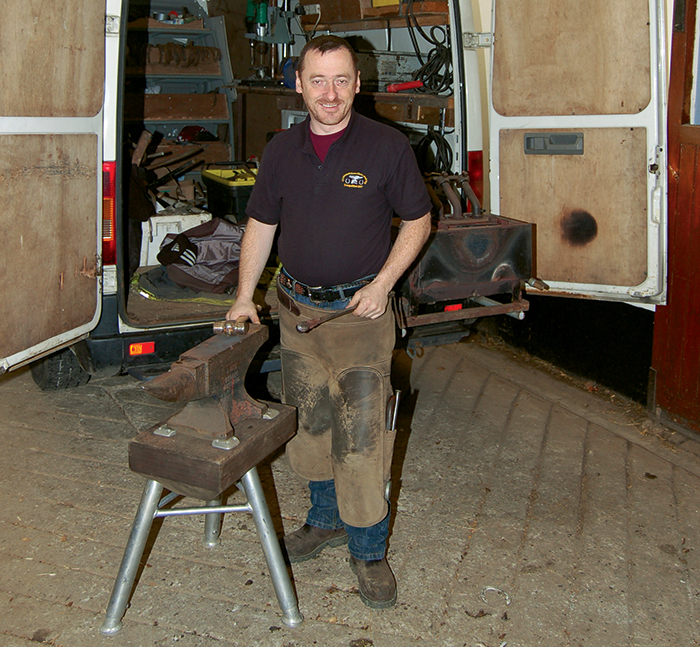 By Eamonn Harrington posted on May 1, 2009 | Posted in Therapeutic Shoeing

Irish farrier has found this modification effective in numerous cases

Eamonn Harrington, a farrier from Ireland, has had success treating laminitic horses using a reverse egg bar shoe with a bar added across the sole to support the bony column.

This article does not announce a new cure for laminitis. It is also not being written to suggest disregarding other existing methods of treating laminitis or to try to imply that they are wrong. I am simply describing my own experience and a successful approach I have used for treating laminitis.

I have hesitated to write about this method because I didn’t think I was in a position to relay any new information on the subject. I presumed everybody had similar success rates in horses and ponies that suffer from laminitis. I discovered this was not the case when a couple of farrier colleagues saw what I did and commented on the immediate relief experienced by the animal. I found that animals were being put down unnecessarily. I have treated in excess of 100 cases over the past 3 years and when laminitis was the only condition involved, I have had a 100% success rate.

When I put this to an esteemed colleague in the United Kingdom, his reply was “You’ve been lucky.” I gave this serious consideration and asked myself if that indeed was the case. I closely studied hundreds of pictures and dozens of personal case files and have concluded beyond doubt that my success cannot be put down only to luck. Although mind you…

Casting As An Option In The Farrier’s Toolbox