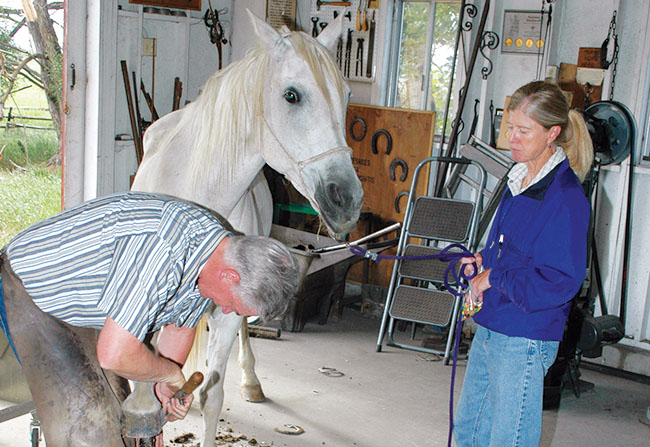 Best Customer Service Tips from Over the Years

In the 35 years since the first issue of American Farriers Journal was published, there have been many advances in farriery and hoof care.

In the January/February 2010 issue, we began the celebration of our 35th anniversary by recalling some of the top tips in forging that have appeared since 1975 in the magazine. This was followed in the March issue with 35 of the best time-saving efficiency tips.

The April issue featured the 35 top products of the past 35 years, and we will continue to share some of the farrier insights that have appeared in the magazine’s pages in future issues.

This issue will showcase the 35 best ideas for improving customer service.

1. “Address what the client wants, as they are most interested in what they perceive as the needs of their horses. They are not interested in hearing about you or your accomplishments within the industry.”

2. “Think about what both you and the client consider good customer relations. If you have a problem with a client, the most important thing is that you don’t want it to deteriorate to the point where one of you delivers an ultimatum.”

3. “Develop a solid relationship with each barn owner or client so they know that you will take care of them and that they can trust your judgment. We’ve had clients who wanted to move to another barn, but didn’t when they learned we don’t shoe there.”