By Pat Tearney posted on March 1, 2003 | Posted in Education, Nutrition

It probably comes as no surprise to most farriers, but the American obesity epidemic has found its way into corrals and paddocks — and we’re not (necessarily) talking about riders.

Philip Johnson, a British-born equine veterinarian now on the faculty of the University of Missouri School of Veterinary Medicine, sees a major problem with obese horses that he believes reflects the same problem in humans.

“Horses that are fatter than normal are becoming normal,” he told farriers and veterinarians in attendance at Equine Symposium 2003, hosted by the School of Veterinary Medicine at the University of Wisconsin-Madison in late January.

While there can be non-dietary factors that contribute to this equine weight problem — such as a genetic predisposition toward obesity in some breeds — most of the problem can be traced to the same factor that causes most human obesity — a diet of too much, too rich food, combined with not enough exercise.

And research indicates that equine obesity, whatever it’s underlying cause, can have serious health consequences for horses, including a condition that farriers have to deal with all too often.

“The most common and widely recognized complication of obesity in adult horses is the development of laminitis,” Johnson says.

Because the foot pain associated with laminitis prevents most exercise, a cycle tends to develop in which the obesity leads to lameness and the lameness prevents the exercise that would help to control the obesity. 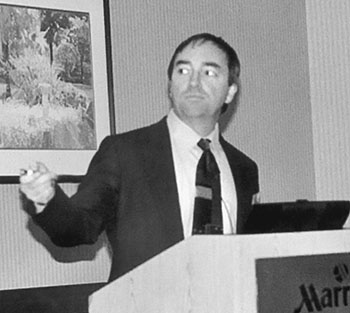 Premium content is for our Digital-only and Premium subscribers. A Print-only subscription doesn't qualify. Please purchase/upgrade a subscription with the Digital product to get access to all American Farriers Journal content and archives online.
KEYWORDS horse diet horse weight obesity Philip Johnson

Now He Just Nees To Find A Wooden Horse

Is my farrier correct when he asks me to stop feeding bran since one of my mares has major hoof problems?