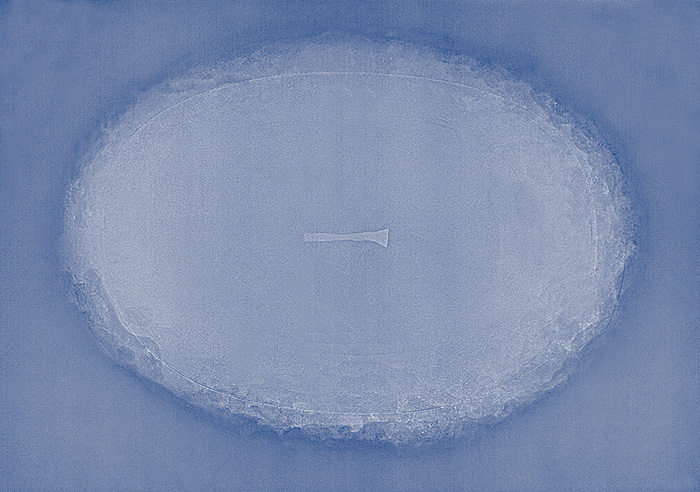 By Ron Perszewski posted on July 1, 2003 | Posted in Diseases

A NAIL IN A ROCK IN A HORSE. This shoeing nail was swallowed, became encrusted by naturally occurring compound in the intestine, and created a serious health threat to the horse. The mass was removed surgically.

It might be hard to find a nail in a haystack, but sometimes horses do just that — with unhealthy results.

Consider the case of the horse in Indiana that apparently swallowed a shoeing nail with its feed. The nail sat in the animal’s intestinal tract for a long time, perhaps years, without puncturing any organs. The horse’s system gradually built layer upon layer of a hard shell on the nail, and eventually the nail was encased in what amounted to a rock.

“It’s called an enterolith,” says Nickie Baird, a veterinarian at Purdue University in West Lafeyette, Ind. He notes that enteroliths can grow around any foreign object (shoeing nails are  an uncommon source) or even without one.

“Eventually in such cases, the horses show signs of colic,” Baird says. “While these horses might require surgery the first time they colic, more often they experience recurring colic episodes.

“The enterolith acts like a ball valve, obstructing the large intestine, wedging in a narrow point in the digestive tract. The flow of feedstuffs is blocked by the obstruction. Many horses respond to treatment with pain medication and mineral oil to loosen up the feces, and everything seems fine.