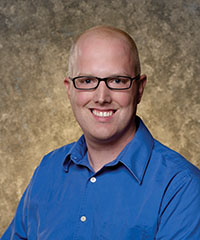 If Or When Will Technology Revolutionize Footcare?

When Gerard Laverty started his apprenticeship in the 1970s, a friend warned him about pursuing a career in hoof care because the industry would be taken over by computers, eliminating the need for farriers. The friend reasoned that farriery was essentially unchanged for nearly 100 years, so the industry was ripe for massive change.

Obviously, the computer takeover of hoof care hasn’t arrived. However, Laverty told attendees at the American Farrier’s Association Annual Convention in Mobile, Ala., that he isn’t completely dismissive of his friend’s prediction.

“This lack of change in our trade really worries me,” admits Laverty. “The potential for change keeps increasing each year that there is no change.”

His point: rather than having witnessed small incremental changes to the core of footcare, eventually an invention could come that will dramatically impact the trade. And perhaps this change will limit or eliminate the need for a person to perform the trimming and shoeing of a horse.

Laverty admits that farriers are currently protected from a potential change by the economics of research and development.

“We are so small — there is more money to be made in other things,” he says. “But when you stop and think about it, if there are remote-controlled drones that can fly around the world and bomb a town, surely someone can invent a machine to trim and shoe a horse. It’s just that no one has turned their attention to it as to why it hasn’t happened.”

When You Need The Answers, You Will Find Them Here

When You Need The Answers, You Will Find Them Here