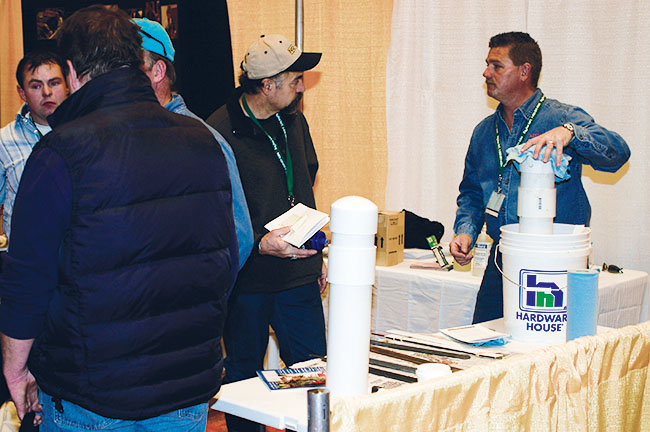 Tough Times are Good Times for Some Products

By Pat Tearney posted on April 1, 2010 | Posted in Equipment

Attendees get information on Easy Sharp Liquid at the company’s trade show booth at the 2008 International Hoof-Care Summit.

Challenging economic times can actually be a boost for certain products — such as those that offer a way to extend the shelf life of essential tools. Maybe that’s part of the reason that David Manuel is seeing interest picking up in his Easy Sharp Liquid rasp sharpening kits. His booth at the International Hoof-Care Summit was crowded throughout Trade Show hours.

“I think the economy definitely has something to do with it,” says Manuel, a farrier from Oxford, Fla. “But the word about Easy Sharp also seems to be getting out there. We had distributors come up and talk to us at the Summit because farriers had come into the store and asked about it.”

“We sold out at the Summit for the second year in a row and we also had a lot of orders for more product,” he says.

Easy Sharp is an acid bath product that is used in a two-step sharpening process. An initial kit includes the liquid, a PVC container, plastic core sheets and rasp separators.

Rasps are first cleaned of debris with a…

For The Good Of The Horsey

Proper Maintenance: Good For Your Tools And Your Career