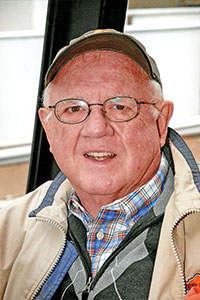 Six days after we purchased the American Farriers Journal in January of 1992, I showed up at the Bluegrass Laminitis Symposium. Among the first farriers who welcomed us to the industry was Red Renchin.

That was the day Red became a long-time friend of the AFJ staff. So there was a great deal of sadness when we learned he’d passed away on Aug. 29. (See Pages 24 and 25 to read a number of tributes to Red Renchin from fellow farriers.)

The Mequon, Wis., farrier lived only 23 miles from the AFJ offices and was a frequent visitor. Especially at Christmas time when he could be counted on to show up with an evergreen Christmas wreath shaped as a horseshoe.

AFJ Executive Editor Jeremy McGovern summed it up best in an early September column on the AFJ website, when he referred to Red as the perfect gentleman farrier. He wrote,

“It was never a question if you were a friend of Red Renchin. If you didn’t know, that only meant that you hadn’t met him. Your friendship only was waiting for that introduction.”

Red was always ready to evaluate a new footcare idea. He certainly didn’t buy into every new idea that came along, but was always willing to listen and then draw his own conclusion. Even if he figured the concept or product wouldn’t work for him, he wasn’t about to tell anyone that it was not a good idea.

Red had no biases, no pet…

Premium content is for our Digital-only and Premium subscribers. A Print-only subscription doesn't qualify. Please purchase/upgrade a subscription with the Digital product to get access to all American Farriers Journal content and archives online.
KEYWORDS Red Renchin Sport Horses Wellington

A Cowboy and a Gentleman

Saying Goodbye To The Gentleman Farrier

When Is Something A True Innovation Vs. A Fad?