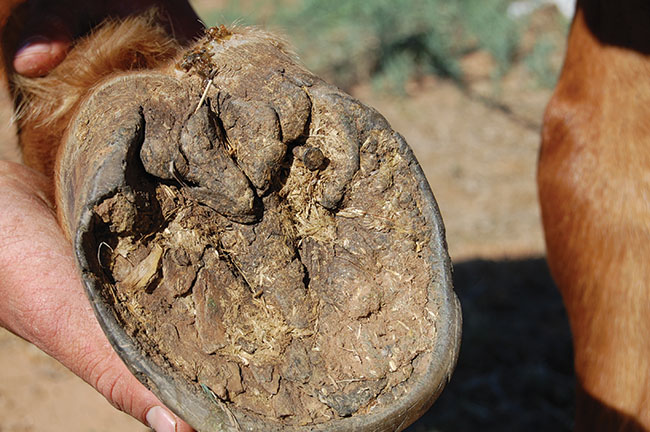 The Intricacies and Dangers of Puncture Wounds

By John Bradshaw posted on January 1, 2010 | Posted in Therapeutic Shoeing

It may be difficult to wait, but it’s often best not to pull that nail or thorn until you have consulted with a veterinarian

Whether to pull out that nail or other object found stuck in a horse’s foot is a dilemma all horseshoers face occasionally. The wise and recommended move is to leave it until an X-ray can show how deep it goes and exactly what it punctures.

The problem is that we’re all softhearted enough to want to give the horse some relief, and nobody wants to force an owner to haul a horse and pay a vet bill for a nail that penetrates nothing but a quarter-inch of dead sole.

It’s important to remember, though, that every once in a while, that nail will be deep enough to puncture a vital structure and major problems can arise if it isn’t handled properly.

Bo Brock, an equine veterinarian who practices in Lamesa, Texas, says most people don’t realize that certain puncture wounds can be career ending if neglected. Brock understands the difficulty people have leaving a nail for any extra time, though.

“I think the hardest thing to do as a human being is to pick up a horse’s foot and see a nail and leave it there,” says Brock. “If you see a nail, you want to pull it out because you think that if it’s in there one more second it will cause more damage.” 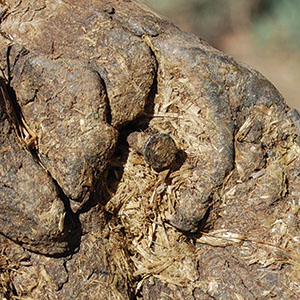 Veterinarians agree that horses found with puncture wounds like this one need to be radiographed with the nail still in the hoof. But it’s difficult for many owners and farriers to imagine…

The Importance of Frog Engagement

Backbone of a Shoeing Career