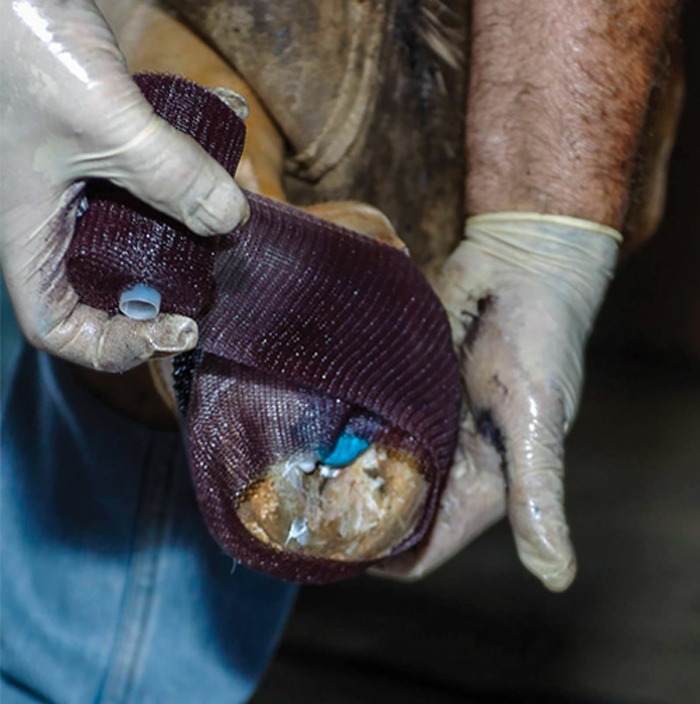 Casting As An Option In The Farrier’s Toolbox

When it comes to the horse’s hoof, Ramona, Calif., footcare practitioner John Stewart says there is only one topic that incites more disagreements: religion. If that is the case, casting’s use is one of those areas in hoof care in which there are strong opinions among the believers and those who don’t.

The use of casting tape in hoof care isn’t a new practice, it’s gained in popularity in recent decades. Stewart has used casting for years, first when he was a veterinarian in Great Britain and now in his footcare practice in which he works with a variety of equids. Some may outright reject casting, but there are those who may have found casting didn’t deliver the desired results. Before completely rejecting the practice, Stewart says to make sure the practice was being used correctly.

Also, familiarity and preference of other modalities have a lot to do with favoring other options over casting. For instance, many have touted their positive results from using Steward clog or EVA shoes with casting tape when addressing laminitis. Yet others remain skeptical and reject usage, instead turning to more familiar options.

“I’m reminded of what Dr. Steve O’Grady and others have said about treating laminitis, ‘How people will treat a case often relates to how they got along with the previous case,’” notes Stewart. “Farriers will typically gravitate to a heart bar or a reverse…

Welding an Aluminum Bar Shoe in the Forge