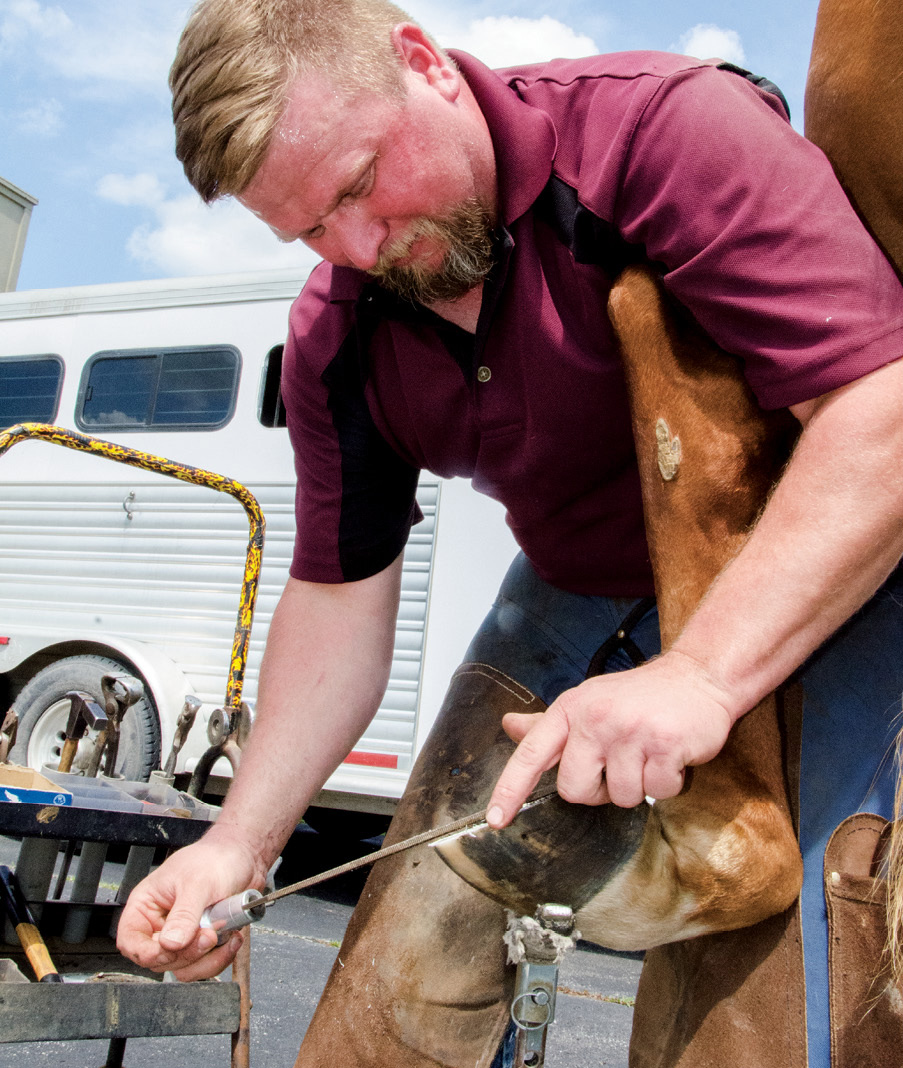 Staying One Step Ahead

Pictured Above: During Diva’s first shoeing with Craig Stark, the 9-year-old Paint had “a ton of foot.” Stark took a less-is-more ap­proach and left plenty of foot to avoid changing it all at once.

Large, fluffy clouds dot the blue skies over northeastern Oklahoma in late May. A beautiful day like this is fairly typical shoeing weather for Chelsea, Okla., farrier Craig Stark.

“We go through a wet spell every spring,” says the certified journeyman farrier, who also serves as president of the Oklahoma Farriers Association. “We actually fight a pretty bad phenomenon of really wet, dewy mornings and real hot, dry afternoons. So, we’ll see a lot of changes in feet; sometimes within a 24-hour period.”

Stark recalls a clinic in which an experiment was conducted. A rack from a recently well-used charcoal grill — complete with drippings, melted cheese and seared meat — was the test case.

“We set it down into some hot, wet, dewy grass that was pretty tall,” he says. “When we came back later that afternoon, we pulled it out and it was just shiny clean. The bacteria, heat and moisture just cleaned it off.

“That was the point of the deal. Our horses’ feet have to endure this every day — swelling in the morning and drying in the afternoon.”