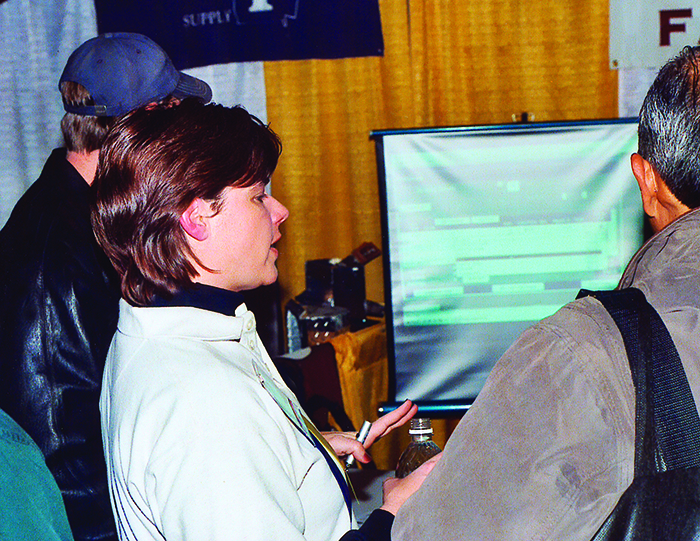 Putting It In The Book

By Pat Tearney posted on November 1, 2004 | Posted in Business Practices

Getting A Handle On Your Business Records

COMPUTERIZED APPROACH. Julie Schwalm, shown demonstrating the Forge Ahead farrier recordkeeping program during the trade show at the International Hoof-Care Summit last year, says a well-developed system takes much of the burden off the user.

Like it or not, the day you first shod a horse and were paid for it, you started a business. And when you start a business, you need to start keeping business records.

A lot of young farriers (and many older ones, for that matter) don’t like thinking about keeping records. They went into the business because they liked horses, working with their hands and being their own boss. But when you’re your own boss, that means you’re responsible for making sure the books are done right.

Think about that first horse you shod — the first one you did on your own, rather than as an apprentice or part of your school work. It was just one horse, right? How much recordkeeping can there be? You shod the horse, the owner wrote you a check. Maybe you even jotted down the amount of the check in a notebook. You’re all up to speed, right?

Increasing the Income of Your Farrier Business

The ABC's of Farrier Recordkeeping 1st of a 4-Part Series