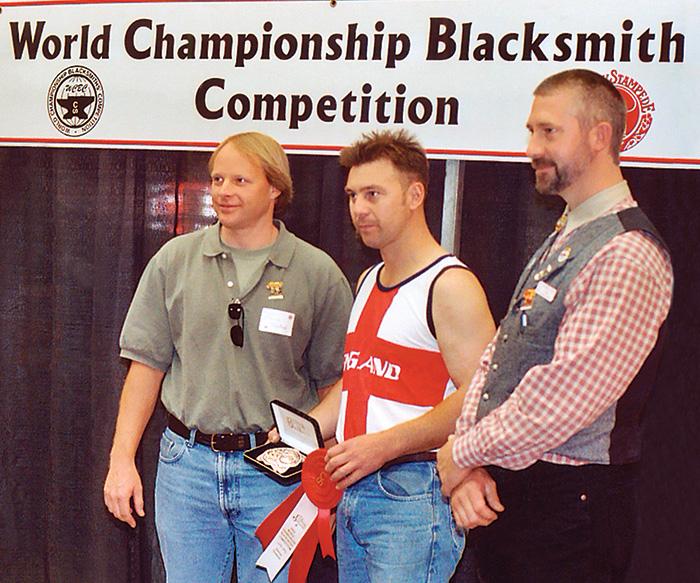 Celebrating its 25th anniversary, the World Cham­pionship Blacksmiths’ Competition drew its highest ever number of contestants from a record number of countries and offered an extraordinary hand-crafted, 14 karat solid gold horseshoe valued at more than $18,000 to the overall winner.

Held during the world famous Calgary Stampede in Calgary, Alberta, this year’s competition drew 108 contestants from 20 countries who competed in nine forging and live shoeing events. The 33 percent increase over the number of contestants in any previous year means this is probably the largest worldwide horseshoeing competition ever held. Mustad Hoofcare served as the major sponsor for the 25th straight year.

After 4 days of intense forging and shoeing, Darren Bazin of Kettering, England, was named World Champion Blacksmith for the third time. Bazin was also honored as the Horseshoeing Champion.

“I just can’t put it into words,” says the 33-year-old British shoer. “You practice and you try as hard as you can and all you can do is hope for a little luck on the day and I certainly had that.”

Stretch Your Forging Skills With An Exceptional Mail-In Learning Opportunity